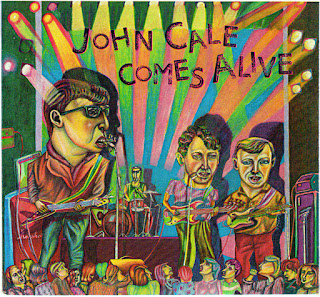 John Cale has been a stalwart of rock's avant-garde since he and Lou Reed founded the seminal New York art-rock band Velvet Underground in the mid-'60s. As a producer, he has worked with Nico, the Stooges, Patti Smith and Squeeze. His output has ranged from fully orchestrated material (The Academy in Peril) to the nihilistic (Fear). On his 14th album, most of it recorded in concert at London's Lyceum last February, Cale reprises some of his better-known songs.

The stark, bruising sound achieved on these live cuts carries a skewed power that Neil Young seems to have sought on many of his albums. The asperity of such songs as Leaving It Up to You and Waiting for My Man, a junkie's lament, becomes mesmerizing. So does Cale's bleak, despairing cover version of Elvis Presley's Heartbreak Hotel. Of the two studio tracks, Ooh La La is a flimsy parody of rap records, but Never Give Up on You is bright and brisk, Cale's closest flirtation with pop. His backup band is unexceptional—the tempo on Dr. Mudd jumps around more than once. Cale overcomes, though. This record has a visceral quality that sets it apart. (Ze Island)
People-Mag 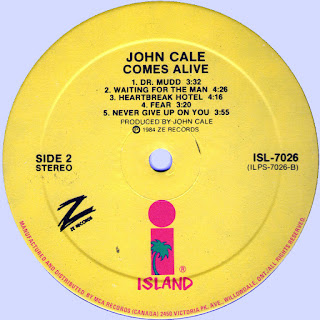 Free Text
Text Host
Posted by Marios at 10:00 AM 7 comments: