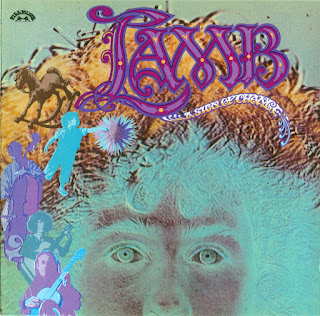 Although Lamb started as a duo of Barbara Mauritz and Bob Swanson, it's very much Mauritz's singing that dominates their first album, though both she and Swanson were involved in the songwriting on most of the seven tracks. While Lamb were loosely aligned with the San Francisco rock scene of the early 1970s, A Sign of Change is not so much rock as an unusual hybrid of jazz and folk, with plenty of tinges of gospel, pop, blues, and even classical.
Like some combination of Chet Baker, Joni Mitchell, and perhaps bits of Donovan, free jazz vocalist Patty Waters, and Tim Buckley at his most experimental, Mauritz sings dream-like chains of words almost as if they're improvised jazz notes. Sometimes sounding rather like hippie psalms, her poetic interior monologues are set against sad, pretty melodies with plenty of twists and jazzy tempo shifts, the acoustic backing largely relying on Swanson's acoustic guitar and Bill Douglass' bass, though there's occasional chamber-like orchestration.
Mauritz has a mighty impressive voice, like that of a blues-rock belter with far more delicacy, her hazily mixed and enunciated vocals adding to the avant-pop mystery even if the words aren't always easy to make out. Those words are abstract enough, with references aplenty to florid natural imagery and dreamscapes, to make listeners feel like they've been dropped into a waking dream of sorts. Occasional phrases, however, penetrate with more cogency, like the rumination "how in the world could there be wars if there were no evil powers" (from "The Odyssey Of Ehram Spickor").
That might give the impression that this is a pre-new age album of sorts, but it's not: it's almost avant-garde in its otherworldliness, the production quite somber and spare. To bring this more to earth, Maurtiz really lets loose with extended jazzy scatting on "Barbara's Soul II," the record's bluesiest cut. She also delivers what amounts almost to an experimental gospel piece on the closing "Where I'm Bound," which unlike the rest of the album features piano, the rhythm and keyboard overtones accelerating almost to the point of storminess by the song's conclusion.
by Richie Unterberger 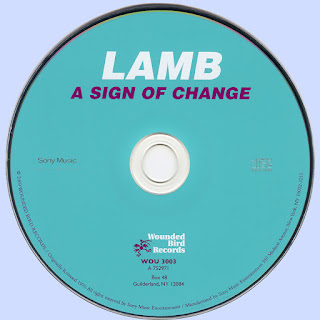