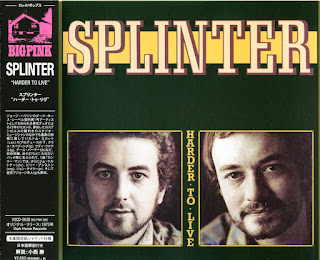 Splinter's second release on Dark Horse had a lot less involvement from George Harrison, which is felt throughout the album. This means that the album is not as strong as their debut (1974's The Place I Love), but it is still a very good album. Splinter is comprised of Bill Elliot and Bobby Purvis, both vocalists, who create a beautiful harmony together. They also managed to form a tight, talented, and famous backup band, arranged by the ever-talented Tom Scott (who also contributes musically).

Included in the band is Chris Spedding providing strong guitar, and Harrison, who contributes production and guitar (under the name Hari Georgeson) to the wonderful and moving "Lonely Man," which was also the theme to Harrison's first venture into film producing, Little Malcom and His Struggle Against the Eunuchs. It is also co-written by Mal Evans and is by far the strongest track on the album. Other highlights include the beautiful "Green Line Bus" and "Berkley House Hotel," which harkens back to the folk sound of their debut.
by Aaron Badgley 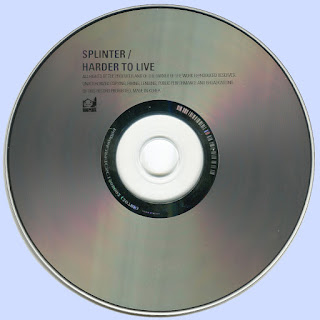 Free Text
Just Paste
Posted by Marios at 8:39 AM 1 comment: