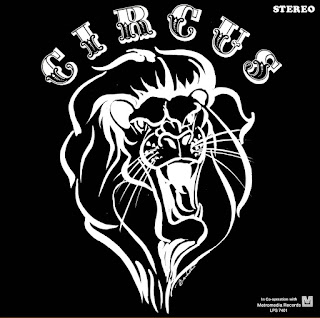 Circus blasted out of Cleveland's college bar scene in 1972 with their local smash hit "Stop Wait and Listen", a classic combination of midwest rock/power pop sounds (a'la Raspberries and Blue Ash) that is one of the most memorable local recordings of the time, and is still covered by local bands.
Although we don't have a lot of details yet, Circus included guitarist Dan Hrdlicka (the writer of "Stop..."), singer Phil Alexander (who sported a "Ziggy Stardust" Bowie style haircut, very helpful when Cleveland went Ziggy crazy in late '72....), Tommy Dobeck (drums), Frank Salle (bass), and Mick Sabol (guitar), at least on the 45 and LP. On August 27, 1971, Circus competed against 5 other bands for a $1000 prize and a recording contract with RCA records. The event was televised live on WEWS Channel 5 as part of a Neil Sedaka TV show primarily intended to kick off a comeback. (For the record, the bands competing with Circus were One Yere, Jessup, Symbols Of Sound, Magic, and the Erector Set).
The band recorded some stuff for RCA but they passed the band along to Metromedia, a label best known for Bobby Sherman and some very rare underground rock LPs. The songs that appeared on the 45 were recorded at Agency Recording, with the band actually doing the chorus echo parts live! Metromedia also released a follow up 45, "Feel So Right". This one didn't do as well, but Metromedia decided to release an LP anyway. In some strange arrangement the LP appears to resemble a private press, although it got distribution in many parts of the country.
The huge success of "Stop..." got the band much notoriety, and caused some problems when 1000s of fans showed up at school gig, detailed via press clippings on the LP back cover. Not long after the LP was released, Dan Hrdlicka left the band to join Magic (announced to happen on Aug 1, 1973), and the Balzer brothers (Craig and Bruce), late of Ambleside, joined.
The band did some addtional recording but after slugging it out in the club scene for another year or so, disbanded. Tommy Dobeck (who was 15-6 years old when he joined Circus) joined the Michael Stanley band, while the Balzers formed 747. Phil Alexander and Mick Sabol recruited a new band to play out as Circus, including Al Globokar (guitar), Norm Issac (bass), and Frank Lauter (drums). Lauter was replaced by Myron Grombacher, in turn replaced by Stu Leyta. This lineup lasted for a year or so.
In 1978 a 45 turned up in local stores credited to Circus. This was a 'project' initiated by singer/producer Barry Ross and included Mick Sabol (who is credited with the songs) and Phil Alexander.
BuckEyeBeat 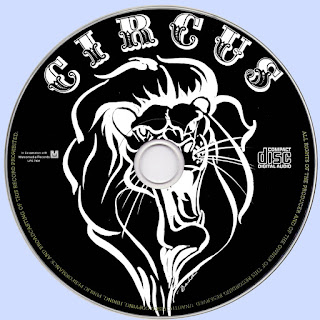