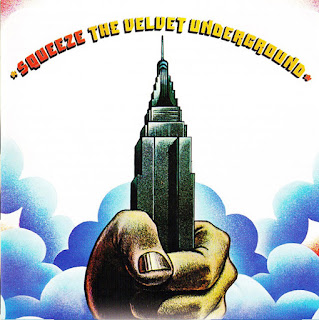 Doug Yule played with the Velvets from 1968 until the band dissolved in the early seventies. Yet he was rarely, if ever, mentioned during the media blitz that surrounded the Velvet's resurgence. Despite the fact that Yule was a contributing member of the band on two of their studio albums, two live albums, toured with them from 1968 through 1972 and accompanied Lou Reed on a solo tour in 1975, he is apparently not considered significant enough in The Velvet Underground history to warrant the mention of him in the chronicles of the band.

In 1968, the Age of Aquarius was sweeping America, and Doug Yule was drafted to join the Velvet Underground. Although their own brand of avant-garde, experimental rhythm and blues was not really part of the "peace & love" scene, they were a part of the growing influence music had on pop culture. This was due in part to their affiliation with Andy Warhol and also through the musically distinct contributions of viola player and founding member John Cale.

In their dealings with Warhol, the darling of the New York pop art scene, the VU found support and appreciation for their music, which Warhol eventually showcased simultaneously with film, light and dance, creating one of the most bizarre and unique artistic "tours" ever offered, The Exploding Plastic Inevitable.

Cale was a child prodigy, a classically trained musical talent, who, with his electric viola, further added to the groundbreaking experimental sound that the Velvets were pioneering in the mid 60's. With the sudden and rather bitter departure of Cale, the Velvet Underground lost some of the cutting edge, aggressive sound that had endeared them to the Warhol crowd.

Yule played music from an early age, learning to play several different instruments before reaching his twenties. Even though he briefly tried his hand at acting school, he says he always loved music and felt most comfortable when playing.

"My reason for being in music was a hunger -- I couldn't have not been in music.", he remembers. "Playing music felt like I was home."

Growing up on Long Island in the late 50's, he remembers the cultural and personal impact of the literary movement, embodied in authors like Jack Kerouac and Allen Ginsberg. In the 60's music grabbed the spotlight and rock and roll became the center of the collective cultural universe. He moved from his family’s home and eventually landed in Boston playing for a band called The Grass Menagerie. It happened that his managers were friendly with the manager for the Velvet Underground, Steve Sesnick. Sometimes the Velvets would stay in the same studio that Yule lived in while they were playing in Boston.

It was during one of those visits, just prior to Cale's exit, that Sterling Morrison, guitarist and alternate bassist for the band, overheard Yule practicing and mentioned to the other band members Yule's improved playing. Once Cale was out, the Velvets began looking for a bassist and Yule's name happened to come up. The Velvet Underground, with their already established following, offered a prime opportunity for Yule to fulfill his rock and roll fantasy. When he was offered the opportunity to play in what was now essentially Lou Reed's band, he accepted without hesitation.

Maureen "Moe" Tucker, drummer for the Velvets, remembers Doug as a "very good musician and singer" and "a very nice, sweet, even-tempered guy". Much to the contrary, Yule says he was a cocky and gullible young man of 21. Ready and willing to believe he could and would become a rock and roll star. He remembers that when he joined the thrust of the band was fame.

"Today VU is this seminal group, known for breaking new ground, pushing the envelope, but back then it was just a bunch of guys who wanted to be famous.", he says.

Lou Reed, who actually spent the early part of his musical career penning pop hits like "Do The Ostrich", began to write more radio friendly tunes for the Velvets. The music they produced became more melodic, calmer and most notably, more listener friendly than their previous offerings. The final product on the next two albums, the third self-titled album (sometimes called the "Gray" album or the "Couch" album) and Loaded, reflected those changes greatly.

"The songs were so completely different from what was going on at the time [during] the John [Cale] years.", Tucker recalls, referring to the Cale days as their "musically wacky" days.

It's because of this noticeable change that fans associate the more commercially accessible Yule years with artistic demise of the band, especially in the case of Loaded, even though in reality the group achieved little commercial success at all. Reed, who quit before Loaded was even released, distanced himself from the album.

Yet despite all the negative feelings surrounding Loaded, two of the Velvet Underground's most famous and popular songs known today, "Sweet Jane" and "Rock and Roll", were from Loaded, which Yule not only performed on, but also collaborated on with Reed in terms of arrangement and production. Although Yule's musical contribution to the band's posthumous success cannot be disputed, fans and critics alike frequently blame him for the group demise.

Once Reed, one of the founding members, quit in 1970, many thought that the band would be finished as well. It might have happened that way if not for the Velvet's manager, Steve Sesnick. In an attempt to minimize Reed's impact on the album and maximize Yule's, Sesnick chose the back cover photo of Loaded, which featured Yule exclusively, and changed the order of the names of the band, featuring Yule at the top and Reed third. With the rights to The Velvet Underground moniker still in his hands, Sesnick could do just about anything he wanted.

"It was still The Velvet Underground.", Yule says. "It's just that everyone else had quit."

According to Yule, Sesnick was a manipulator, continually using his managerial power to isolate band members and intensify any resentful feelings they might have for each other. Sesnick persuaded a trusting and ambitious Yule that The Velvet Underground could still achieve fame and that Yule was the man to lead them there.

"I do think... that Steve started trying to make Doug the focal point.", Tucker says. "I think he figured he's cute, he's a good singer …and that more emphasis should be placed on Doug in order to attract the girl fans."

It was this hunger for fame that permeated the recording of the infamous fifth studio album, Squeeze. Never released stateside, it is an album many Velvets fans don't even know about and others wish they didn't. Referred to sometimes as Doug Yule's solo effort, it was actually more of an extension of Sesnick than most people are aware of. Yule says he had wanted Tucker to be a part of the recording of the album, but Sesnick nixed the idea, claiming Tucker would be too expensive to hire. Today Yule interprets Sesnick’s choice less as a monetary decision and more as an opportunity to further control the making of the album, seeing as Tucker would not allow herself to be easily manipulated.

"I don’t think Moe would have been expensive in money, but too costly in terms of 'management', meaning that she didn’t take a lot of bullshit and would have taken a lot of 'handling' on Sesnick's part.", Yule says.

Yule also recalls how receptive Sesnick was to outside ideas regarding the "new" Velvet Underground's work.

"I remember sitting on a plane writing extensive notes on the mixing of the album.", he says. "I sent it to Steve and none of my suggestions were taken, I'm sure he didn't even read it. He mixed it for the best possible commercial success."

Yule says that even some of the lyrics were originally suggestions offered to him by Sesnick which he then expanded on.

"It's really embarrassing.", he says. "I gave what I had at the time. There are parts of it I hate and parts I don't. But if I had to do it over again, it would be a completely different album, with different people and have nothing to do with Sesnick."
by Jennifer Yule, 1998

After Lou Reed left the Velvet Underground, bassist Doug Yule took control of the group. Retaining the name "The Velvet Underground," Yule assembled several new lineups of the band and toured the U.S. By the time Yule's VU recorded their first album, the band featured Boston-based vocalist Willie Alexander and was playing a set of conventional pop/rock songs. Squeeze appeared in 1973, and Yule broke up the band shortly after its release. Over the years, Squeeze has not only become increasingly rare -- after all, not many copies of the record were pressed -- it has virtually disappeared from the official Velvet Underground discography, and Yule's attempt to prolong the band's career has virtually been forgotten.

The plagiarism is shameless -- and also misguided, because if nobody bought Loaded in the first place, who would want a glossy version of it? -- but it’s also the charm of Squeeze because Yule and his studio cats, headed by Deep Purple drummer Ian Paice, do create something that’s a square, cheerful knock-off of Loaded, containing none of the depth or innovation, but a little bit of its sunny swing. That’s hardly enough to make it unfairly maligned -- after all, it doesn’t just ride the coattails of VU’s legacy but deliberately co-opts their achievement -- but it’s listenable, something its reputation never suggests, and in a way, it’s almost fun to hear Yule ape Reed, provided that such shameless mimicry does not offend your sensibilities.
by Stephen Thomas Erlewine

My feelings are diverse for this release, the relationship with the Velvet Undergound is only in the name and in the participation of Doug Yule in some of the (from 1968 and later) albums of Velvet Underground, the  sound has nothing to do with the Velvets,  the members are some Doug’s  friends,  and on the drums is the great Ian Pace from the  Deep Purple fame. They  travel in simply musical forms without special aspects, it would be honest if he called them Doug Yule’s Velvets, anyway enjoy it.... 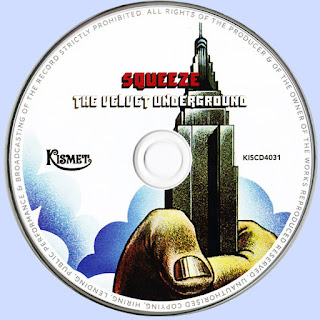 Free Text
Text Host
Posted by Marios at 8:20 AM No comments: