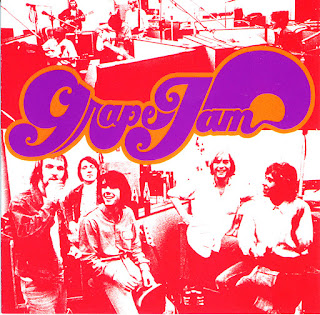 Grape Jam is the oddity here. Of course Moby Grape's strengths and reputation on record up to this point were based on concise executions of carefully composed three-minute songs. Live, those stretched out a bit longer, but Grape certainly weren't considered a jam band in the sense of The Dead, Quicksilver, and others. Grape Jam showcased what the band could do for the most part just jamming in the studio, along with some guest players like Al Kooper and Mike Bloomfield (several months before the release of Super Session), plus a slow blues vocal cut that opens the proceedings.
The jams are great fun, even if a little long-winded at times, and showcase some great playing mostly in an electric bluesy style that was so prevalent at the time. Closing the original disc was "The Lake," a bizarrely psychedelic meandering with lyrics written by somebody outside the band, and is pretty much a throwaway. Three lengthy bonus cuts are included, the last being an arrangement of "Bags' Groove" with Kooper, Randy Brecker on trombone, and part of Blood Sweat & Tears horn section.
by Peter Thelen, 2008-01-01 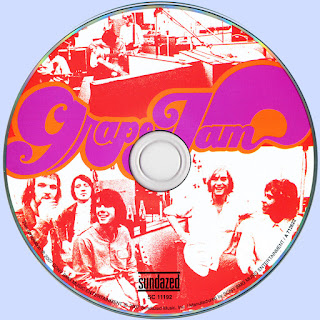 Free Text
Just Paste
Posted by Marios at 1:59 AM No comments: