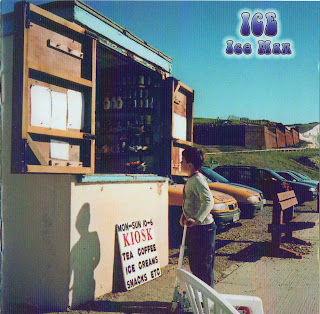 Some bands are deservedly obscure, some fall from grace into that state, and some just never really had the opportunity to be anything but; Ice fall into that latter category. This late-60s Brit band received a leg-up from the BBC, and even made the occasional TV appearance, but lack of label support brought Ice's spread to an abrupt halt.

Ice Man finally brings together on CD all of the band's recorded output, but it's not much. A few singles, a clutch of demos, and that's that, but the collection is further bulked up by the inclusion of BBC live appearances, as well as three songs from Russell's Clump, a band which also boasted Ice vocalist Glyn Jones, performing at Sussex University.

So does Ice deserve the cult status they've long enjoyed, or is it merely a matter of absence making the heart grow fonder? Ice Man proves without a doubt that it's the former, and leave you to wonder just where the band would have ended up with a bit more help from their label. And not merely in the chart stakes, but in the musical sense as well, for what strikes one immediately is just how eclectic and unique Ice were. The title track is a wonderful piece of psychedelia whimsy, but the group were also equally adept at vocal-drenched pop, delicate rock ballads delivered in a very English fashion, and more emotive R&B/soul-fired numbers.

That latter styling came to the fore at the BBC across their Yardbirds-esque attack on the Beatles "Day Tripper," reinforced by their own number "Wide Blue Yonder Boy." Move into the demos and even more unexpected styles emerge. "Silver Lady," with its picked guitar, sidles up to C&W before flirting with Motown during the harmony laced chorus, while "Wait" gives its heart, but not its musical arrangement to Stax.

And finally, you begin to see their label's problem, for how do you package a psychedelic pop/rock-R&B-soul band for the mass market, even if the group did boast a superb singer, phenomenally intricate arrangements, and a totally unique musical vision? They couldn't. Easier to just let them melt away, until all that's left is a pool of fond memories. But how wonderful that Ice Man has been excavated and brought forth on CD in all their glory.
by  Jo-Ann Greene 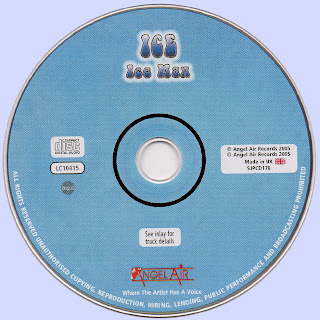 Free Text
Text Host
Posted by Marios at 8:33 AM 5 comments: