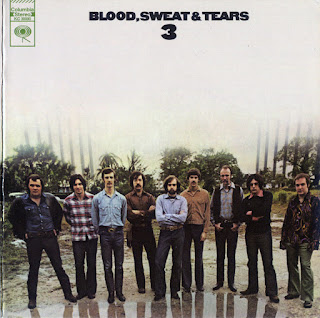 At a distance of more than 40 years, we forget how big Blood Sweat and Tears was at the turn of the 1970s. Their second, self-titled album spent time at #1 in the spring and summer of 1969 and contained three classic singles: “You’ve Made Me So Very Happy,” “Spinning Wheel,” and “And When I Die.” They appeared at Woodstock and were frequently on TV. But their fame was short-lived, and it ultimately became a casualty of the times in which they lived.

Lead singer David Clayton-Thomas came aboard after the band’s first album, and his big, ballsy voice was the star of the second one. He was Canadian, so it was suggested to the band that a State Department-sponsored goodwill tour of Eastern Europe might be looked upon favorably the next time Clayton-Thomas tried to get a green card. But in the politically charged atmosphere of early 1970, the tour was perceived as buddying up with the Nixon regime. So, upon their arrival home from the tour (which ended up fairly unpleasant for the band), they were forced to fend off critics, both of their politics and of their music itself as their third album was released.

There are some interesting musical choices on Blood Sweat and Tears 3, although how well they work depends on your taste. BS&T covers James Taylor’s “Fire and Rain,” Traffic’s “Forty Thousand Headmen,” “Lonesome Suzie” by the Band, and even “Sympathy for the Devil,” which is incorporated into one of those multi-part suites every band was doing in 1970. Band member Steve Katz called the latter “ridiculous,” and said the reason the album sounded like it did was that the band had stopped having fun. Nevertheless, Blood Sweat & Tears 3 made it to #1 for the weeks of August 8 and August 15, 1970, despite some unkind reviews. “Hi-De-Ho” and “Lucretia MacEvil” both made the top 40.

By the end of 1971, the band would become a revolving door, and today, literally dozens of musicians can claim to be alumni of Blood Sweat and Tears. But all that was in the future when the band performed “Lucretia MacEvil” at the 1971 Big Sur Folk Festival, with Clayton-Thomas sounding great and the band’s jazz influences on display.
by J.A. Bartlett, January 24, 2013 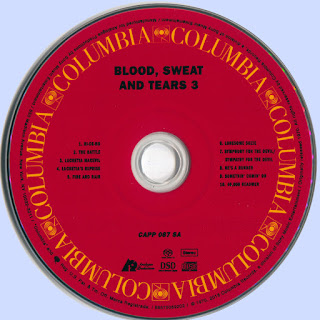