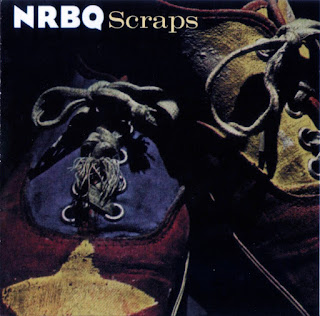 The NRBQ history goes back to 1965 in Kentucky, and while there have been various changes in band members and there was a period in the ‘60s and ‘00s when the band didn’t exist, they are still going strong today and remain true to the template of their self-titled debut 1969 album which included covers of Eddie Cochrane and Sun Ra, which just shows their eclecticism. Also in place is the band’s sense of fun and founder and current leader Terry Adams’ unique keyboard flourishes, vocals and writing skills, and the songwriting and musical chops of bass player and vocalist Joey Spampinato. Over the years drummers and guitarists have changed, and horns have been added and removed and founding member, bassist and songwriter Joey Spampinato left in 2004 leaving Terry Adams as the last founding member.  Among NRBQ aficionados, The Q line-up from 1974-1993 with Terry Adams and Joey Spampinato being joined by songwriter, vocalist and guitarist Big ‘Al’ Anderson and drummer and occasional live vocalist Tom Ardolino is considered to be the classic line-up and the run of three albums from 1978 – 1980 to be their studio recorded peak. Al Anderson left The Q in 1993 and subsequently became a leading Nashville songwriter, guitarist for hire and he also maintained a lower-key solo career, and while his songwriting and guitar skills are exceptional, the overall quality of The Q’s music was not lost over subsequent years.
If The Q are so good with excellent power pop and country rock credentials, and not forgetting their Tin Pan Alley and jazz credentials, then why I hear some of you ask are they only a cult band, even if they are the template for all cult bands. That is a difficult question to answer, it could be that they were just too eclectic and too quirky in their humour. The more likely reason is that for the majority of their career they were on independent labels which, while allowing them to be true to their own artistic ideals, they were never shaped and polished by a major for the stardom their talents warranted. They established themselves as one of the best live bands around with a very large catalogue of songs and this provided a very steady income that allowed them to support themselves. The quirkiness of The Q is again shown by the fact that a band, famed for their live performances, didn’t release a live album until 1987.
‘Scraps’ is The Q’s third album and things are really beginning to fall into place. Al Anderson is on board as lead guitarist, but due to contractual issues wasn’t allowed to sing. Back in 1972 two and three minute pop songs weren’t all the rage, but NRBQ managed to get 14 tracks on the original album. That is a lot of songs, and fortunately, Joey Spampinato comes into his own as a songwriter with 5 tracks he wrote or co-wrote and also takes lead vocals on.  While I said pop songs, these included such songs as ‘Howard Johnson’s Got His Ho-Jo Working’ and ‘Who Put The Garlic In The Glue’, which gives a hint of the thought processes going on in the band. Columbia had released NRBQ from their contract after two albums and ‘Scraps’ was released on Kama Sutra which was a clear sign they were not heading for major label success while they honed their own sound and style. Joey Spampinato’s ‘Only You’ is a standout track.
by Martin Johnson, August 19, 2021 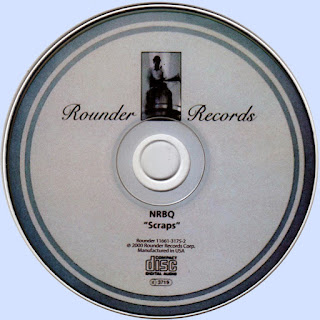