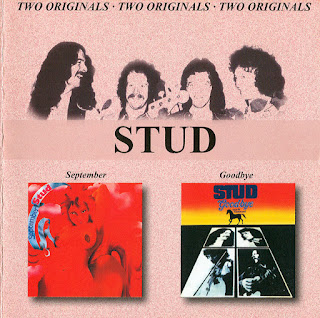 The combination of poor sales and rising disagreements between Deram and manager Eddie Kennedy saw the band dropped by Deram Records.  Luckily extensive touring in Germany paid off in terms of the trio finding a new sponsor with the German BASF label.   In addition, prior to recording their sophomore LP the trio added former Animals and Family multi-instrumentalist John Wider to the lineup.   Recorded in London's Command Studio with Billy Kennedy again producing, musically "September" was quite different from their debut.

Tracks like the mid-tempo rocker 'Good Things' and the ballads 'Corner', 'Samurai', and 'Five To Mid- Day' largely abandoned the debut's folk and jazz-rock leanings in favor of a far more commercial endeavor (though I'll admit Weider's violins were a source of irritation to my ears).  As on the debut, as the band's lead singer Cregan remained a hit-or-miss proposition.  His limited and fragile range was sorely tested on the ballads like 'God Knows', but he did better on the up-tempo and bluesy numbers.  A big part of the difference this time out was clearly attributable to the addition of Weider who contributed five of the ten songs, including the standout bluesy rocker 'Life without Music'.  Not perfect (the country number 'Red Wine' was hideous), but far better than the debut which for some reason remains the one collectors seek out and throw big money at.  Go for this one since it's far better and more affordable.

Apparently under considerable pressure to fulfill a contractual obligation to BASF Records,  Jim Cregan, Richard McCracken, John Weider, and John Wilson  regrouped long enough to complete what was billed as a live in-the-studio set.  Recorded in front of a select audience at London's Command Studio, 1973's "Goodbye Live At Command" found the band pulling together a mixture of five tracks; two pulled from each of the earlier studio sets and one new effort  John Weider's solo instrumental 'Big Bill's Banjo Band'.
Bad-Cat 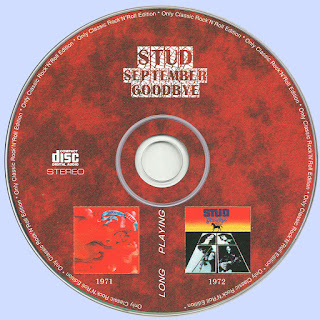