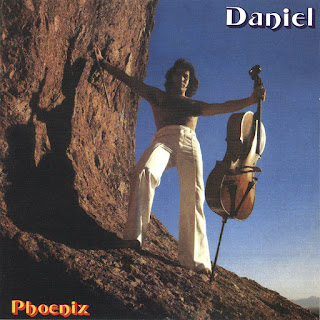 In 1974 his producer said: “Daniel plays the cello like Jimi Hendrix the guitar!“ This Russian rooted Californian is for sure the wildest rock cellist of the 70/s. The history from this record goes back to 1971 when Daniel started to write the music. Classically trained he began to play instruments at age of 5 and toured a lot as a professional musician. The recordings of his 10 original cuts started in 1976, to be released in 1979 as very limited demo release to apply for a record deal (which not happened).
The music ranges from poetic dramatic “chanson-like” ballads to powerful Rock/n/Roll with awesome guitar assaults, incredibly heavy cello-sounds and Daniel/s outstanding voice
Late '70's album by this US solo artist who played Cello and worked with various artists including Cat Stevens. A diverse album mixing folk, hard rock and typical '70's singer songwriter material this is a fine album crossing various musical borders. There is some great guitar work, orchestration and evocative songs. Includes booklet with full information and lyrics.
"This album was a demo only release by Daniel in 1979 to send out to record companies. He started to write the music in 1971, recorded in 76-78 -- only a few copies are known of this great and unique record. The music ranges from fantastic acid folk to full blown psychedelic creepers with heavy cello -- and furious fuzz guitar assaults. His producer/s voice: 'Daniel plays the cello like Jimi Hendrix the guitar'! Now he is a movie actor and producer in Hollywood, known as Jason D. Holt. 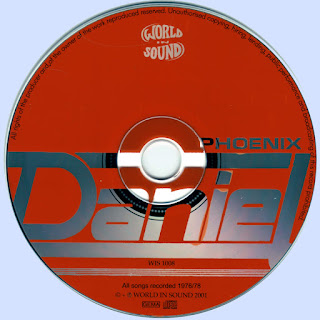