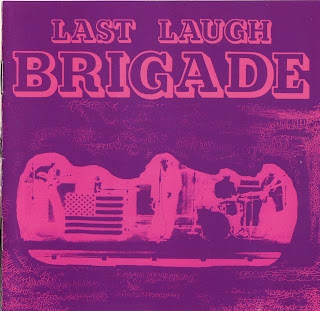 Official release of Portland, OR garage/psych bands, impossible to find independent record /homemade (BVRS 1066 - originals are impossible to find because only 100 copies pressed were made at the time and some even had the wrong record in)album. Hammond organ, full of dynamic and strong fuzz guitar solos, driving drums and amazing vocals,quintessence 1970 American independent record which deserves this offical reissue (Shadoks)

The story of the Brigade will ring bells of recognition from just about anyone who grew up in the '60s. Growing up in the north suburbs of Portland during this era, of course, The Brigade emerged from a context - in this case a very vibrant '60s music scene in the Pacific Northwest. The "Northwest Sound" in fact had two rival epicenters: the Tacoma/Seattle area and, 3 hours drive to the south, Portland, Oregon.

From the late '50s and on into the '60s, the region produced its share of wellknown acts: The Kingsmen, Paul Revere & The Raiders, Don & The Goodtimes, The Ventures, The Fleetwoods, The Wailers, and The Sonics. Most of these bands initially focused on a white version of R&B, gradually moving into original songs that got regional radio play and occasionally broke out into the national "hitmakers" scene.

Other wellknown Northwest artists of the era included The Viceroys, The Dynamics, The Frantics (two of whom later re-emerged to form Moby Grape), Little Bill & The Bluenotes, Ron Holden, Merilee Rush & The Turnabouts and a handful more. But of course for every one band that made it into the studio, much less got airplay, there were another 50 bands caught up in the dream. Portland, with its near neighbors Salem and Eugene to the south, had the usual share of teenagers doing their musical thing.

Once they were ready to move out of the bedroom and garage, bands had numerous venues to show off their stuff: school dances, store openings, church events, private parties, plus a whole circuit of teen dance halls and armories. The idea was to have fun, meet girls and make a little money. Portland also offered an annual teenfair Battle of the Bands, affording the lucky winners some local press coverage, maybe some cash, musical instruments or amplifiers, and often the greatest prize of all, "a recording contract". Monster psychedelic rarity 1970. This record will be the crown jewel of your record collection.
by Adamus67 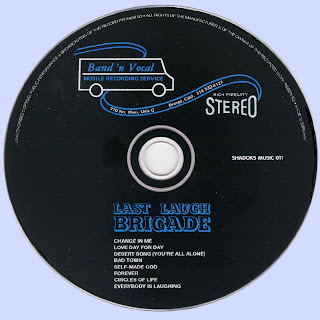 Free Text
the Free Text
Posted by Marios at 7:01 AM 4 comments: