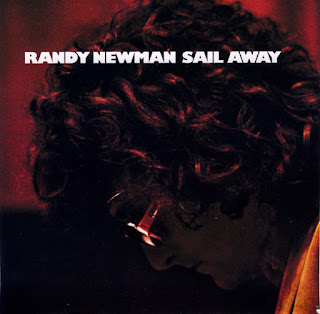 On his third studio album, Randy Newman found a middle ground between the heavily orchestrated pop of his debut and the more stripped-down, rock-oriented approach of 12 Songs, and managed to bring new strength to both sides of his musical personality in the process. The title track, which Newman has described as a sort of commercial jingle written for slave traders looking to recruit naïve Africans, and "Old Man," in which an elderly man is rejected with feigned compassion by his son, were set to Newman's most evocative arrangements to date and rank with the most intelligent and effective use of a large ensemble by anyone in pop music.

Newman cynically ponders the perils of a stardom he would never achieve ("Lonely at the Top," originally written for Frank Sinatra), offers a broad and amusing bit of political satire ("Political Science"), and concludes with one of the most bitter rants against religion that anyone committed to vinyl prior to the punk era ("God's Song [That's Why I Love Mankind]"). Whether he's writing for three pieces or 30, Newman makes superb use of the sounds available to him, and his vocals are the model of making the most of a limited instrument. Overall, Sail Away is one of Newman's finest works, musically adventurous and displaying a lyrical subtlety that would begin to fade in his subsequent works.
by Mark Deming 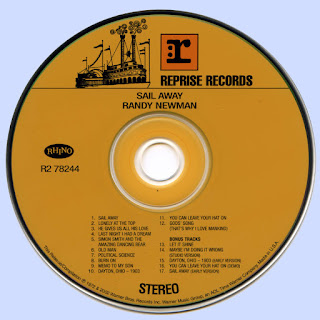 Free Text
Text Host
Posted by Marios at 9:05 AM No comments: