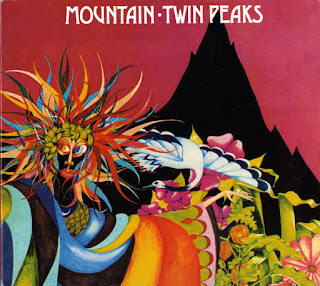 Now this is more like it! Recorded in Osaka, Japan, in 1973, Twin Peaks was Mountain's second consecutive live album (with The Best of Mountain compilation between them), albeit featuring the re-formed, somewhat reconfigured version of the group, consisting of Leslie West (guitar, vocals), Felix Pappalardi (bass, vocals), Bob Mann (guitar, keyboards), and Allan Schwartzberg (drums). It overlaps with its predecessor, Mountain Live (The Road Goes Ever On) on only two cuts, "Crossroader" and "Nantucket Sleighride," and the latter is stretched out even further here than it was on the earlier album, to 32 minutes.
The content ends up showing off the best attributes of Mountain such as "Theme from an Imaginary Western," "Mississippi Queen," "Never in My Life," "Roll Over Beethoven" and a long version of  "Nantucket Sleighride." But even the latter, at over half-an-hour, was precisely what audiences of the period were paying to see and hear, and captures the band's music in all of its excessive glory. Additionally, "Nantucket Sleighride" doesn't seem that long in the actual listening, mostly because it's difficult not to be impressed with the playing, especially the guitar dialogue between West and Mann. A worthy document of a Mountain concert at their summit.
by James Chrispell 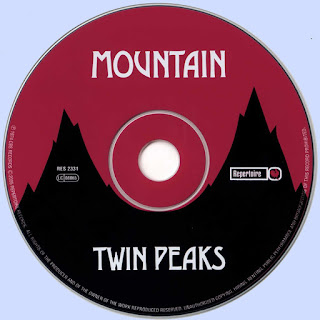