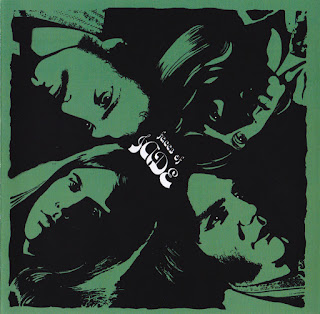 James Aumann was doing his usual tax-collecting work as Warren County Treasurer late last year when he received an email about a secret from his long-ago past.

It was from Darren Blase, co-owner of Northside’s Shake It Records store. He wanted to know if the county treasurer was the same James Aumann who once led an obscure and short-lived local rock group called Jade.

The band had issued one album in 1971, Faces of Jade, on a small Cincinnati label called General American Records.

Aumann had quit Miami University to pursue Jade at the time. When that failed, he went into banking – getting a degree in finance from American Institute of Banking and rising to become vice president of Warren County’s old Community National Bank. Fifteen years ago, he was hired to be the county’s chief deputy treasurer and he then moved up.

On Friday, Shake It will debut its vinyl reissue of Faces of Jade, with original album-cover art. It will be for sale at the store to launch Black Friday, the kick-off for the Christmas shopping season. There is a new 500-copy pressing (on green vinyl, with download code included). It will also be available via Shake It’s website, www.shakeitrecords.com, starting on Dec. 2.

Blase believes that Faces of Jade holds up well as an example of the way a regional American band was inspired by the sophisticated, boundary-breaking rock and pop of the Beatles. Its 10 songs are artistically ambitious. Aumann and the band used the studio to create songs with ambitiously ornate instrumental and vocal arrangements, innovative recording techniques, and substantial melodies. In short, it wasn’t just garage rock. Parts of songs like “Prelude Willow’s End” and “My Mary (More Than Ever)” fit well into the psychedelic-rock genre of the time; other passages are more folk-pop.

In Jade, Aumann played keyboards and was a songwriter and singer who worked on arrangements. Other members were guitarist/songwriter/singer Randy Morse, bassist/singer Nick Root, drummer Timothy Nixon and business/songwriting partner and co-producer David Smith. The band was active from roughly 1970-1973.
by Steven Rosen 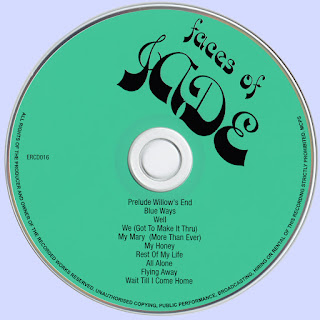