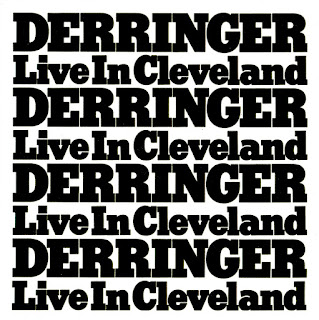 ‘Derringer Live In Cleveland’ was initially Rick Derringer’s ‘Official Bootleg’, which Blue Sky Records only meant to have sent to in-house personnel. It was not a finished product but captured the band’s vitality at Cleveland’s Agora Ballroom. The following year, the “official” live album was released.
This is a killer collection. Derringer’s in-between schpiel is amusing and priceless. He knows how to get the audience super amped. His outgoing and fun personality shines through every second, whether he’s revving up the crowd or spilling out catchy lyrics. You can only imagine what the live performance was like when the recording is so stimulating. Overall, Derringer squeezes the guts out of every phrase and makes it all sound so easy.
‘Let Me In’ finds Derringer’s voice going from sweet to scratchy. The solo is exhilarating set against driving power chords. “Let me in, sweet mama, it’s your wandering boy,” he teases. ‘Teenage Love Affair’ starts right off so bold and uncompromising. The lyrics are reminiscent of early Who material. The dynamic solo is supported by a talented percussionist.
‘Sailor’ is where he announces there will be “new songs, new people” and where he introduces Danny Johnson. This is psychedelia at its finest and at times Derringer’s voice sounds strangely operatic. The song goes back brilliantly to that glorious riff and he does some quasi-jazz licks, too. The song, vocally, is a gorgeous hybrid.
‘Beyond the Universe’ finds Derringer stating: “Here’s a real fast one.” What follows is a Hendrix-like fusion with wonderful movement. This is the most electrifying conversation you’ll ever over hear between a man and his beloved guitar. ‘Roll With Me’ has a suspenseful intro. and then some nuts and bolts rock ‘n ‘roll commences.
One version of ‘Rock and Roll, Hoochie Koo’ is about thirteen minutes of sassy and creative deliciousness. Witness the crowd’s reaction. Their rapt silence speaks volumes. Who wouldn’t be speechless absorbing Derringer’s Zen concentration and clever antics? And when he references a certain classic British rock band, you’re so into it, you’re there.
And the phrase “Lawdy, momma” will never hit you the same way twice. Of course, when Derringer shouts, “Did somebody say, ‘Keep on rocking?’” you’ve just been anointed by a holy spirit.
by Lisa Torem, 6/ 4/2014 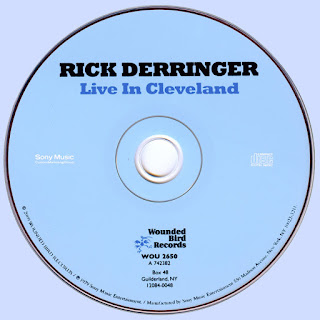