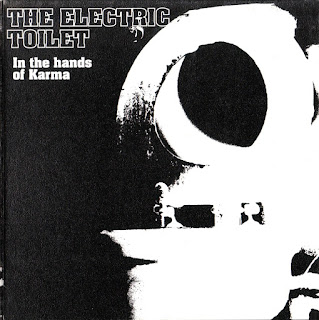 When you first hear the name Electric Toilet your brain will, almost certainly, fire up a proper bell-ringing, shark-jumping alert. After all, by 1970, when this Tupelo band's album was released on the Nasco Revelations label, the hippie revolution's heavy lifting was done and giving yourself such a strikingly silly name could only add to the idea you were some newbie, face-painted arriviste. However, In The Hands Of Karma is, in fact, a fantastic record, as one listen to the album opener Within Your State Of Mind will confirm. Built on a supremely solid and utterly funky backing track, the Toilet – shall we call them that? – stretch out for a full eight minutes, allowing plenty of room for dancefloor-friendly Hammond-pumping (somewhere between a lobotomised Booker T and a youthful Charlatans) and a great ocean of skilfully manipulated feedback that weaves in and out of each instrument for a full five minutes.

Revelations and Don't Climb Nobody Else's Ladder are far bluesier than most psychedelic bands would attempt (the latter is positively Stax-ian), while the title track is a down-tempo fringe-shaker lifted onto a whole new plane by a richly melodic Gospel chorus. Something raucous was clearly going down wherever the Toilet hung out as, even 47 years later, their mix of country-inflected, choogling blues-rock and acid-fuzz still sounds quite remarkable. As befits a gang of young men with heads bursting full of ideas, they played with the idea of death: "is there a reason why, for me to keep on living?" they sang on Goodbye My Darling (whose four-minute outro is an absolute treat in itself), "I'm ready to die…" About a fortnight after this was released (in minute quantities, an original will cost you about $400) two of the members died in a car accident and that was the end of that for The Electric Toilet and everyone who sailed in her.
by Rob Fitzpatrick 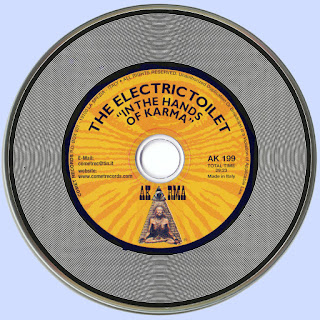