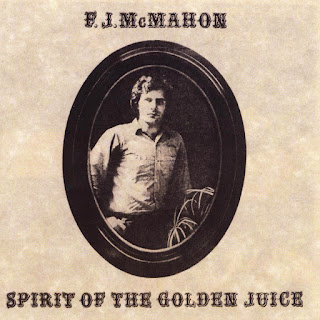 The most puzzling of backstories comes when someone decides to make one album, just one sole record to define their entire musical legacy, and proceeds to disappear from the face of the earth. Imagine if a painter like Dalíor Monet only ever finished one painting, and simply cleaned off their brushes and never returned to a blank canvas again. In truth, some of the most coveted records never saw the light of release at all, but are sought after and compiled years later, if anything to preserve some sort of special presence that may or may not have been left behind.
So it was with F.J. McMahon, an army veteran who returned home from duty to cut one of history’s most profound acoustic records. He drove up and down California’s Pacific Coast with a few copies in the back of his pickup truck and never cared to make another album for the rest of his life. It’s the type of story that rings a bell similar to Townes Van Zandt, who, after recording his first record in Los Angeles, hitchhiked his way back to Austin, Texas with nothing but a bag full of vinyl, all his own, leaving copies behind with anyone kind enough to give him a ride. It’s amazing to consider how carefree something might seem in the moment, when decades later such throwaways can be so valuable.
McMahon caught his first interest in music upon hearing ‘Guitar Boogie Shuffle’ by the Ventures, growing up in the very dawn of 50’s & 60’s rock and roll and soaking up the then pioneering sounds of Elvis & the Beatles. He began playing guitar as a young teenager, and after finishing school he enlisted in the United States Air Force, serving in Southeast Asia, Vietnam & Thailand in particular.
Returning stateside years later, he wrote and recorded ‘Spirit of the Golden Juice’ as a sort of summary or ode to his time spent overseas. All in all it’s the perfect acoustic rock record, heartfelt and autobiographical, with minimal instrumentation besides a lightly brushed drum kit and panned guitars, all led by his calm, unaccompanied vocal takes. When asked if hallucinogens impacted his songwriting, he answered: “More than Richard Nixon and less than Jerry Garcia. Everything experienced affects everything.” The very first chord struck in the album opener ‘Sister Brother’ sets the hazy, road-weary tone of the entire record.
There is a slowness, not quite melancholic, but beautifully reflective that envelops each track, as if you could see McMahon cruising down Highway One in the back of someone else’s pickup truck, no place to go and no place to be, just happy to be home. In ‘Early Blue’ he laments: “In the morning’s light I try to hide from people. But it’s never right, I see my friends at night and it works out fine.” In ‘The Learned Man’ he sings about coming upon a wise man in the road, who taught him the importance of peace and silence. “I walked away, thanking him inside. He’d answered me the only way he could. Time had taught him much and so he understood. And now I know the lesson by the sea. I must have an answer. The only one to ask is me.” Perhaps this encounter is what gave McMahon the resolve to never record again, satisfied with the way his album had turned out and happy to move on quietly with his life.
The album’s front cover features a photograph of McMahon posing straight-faced and stoic in a room at the Chateau Marmont in Hollywood, the famed hotel hosting the likes of Jim Morrison, John Belushi, and other famous writers and performers. “If you must get into trouble, do it at the Chateau Marmont," said Harry Cohn, former president of Columbia Pictures. The back cover is a photograph taken in Big Sur, California, just a few hours north of McMahon’s home town of Santa Barbara.
McMahon played wherever possible for a few years, sometimes just walking into bars and passing a hat for tips. After almost a decade went by without selling many records, he gave up in the age of disco, therefore leaving us without live footage or any extra material. “When the age of glitter/glam and disco happened I hung it up. Bands were fewer and places would rather hire one DJ than four or five people. At that point I decided I needed a trade so I joined the Navy, went to avionics and electronics school and spent the next three years fixing radar and electronic systems on Navy aircraft. That turned into a twenty five year career as a computer field engineer.”
The great rediscovery happened in 2009 when the UK label Rev-Ola reissued the album on CD. But a 2012 vinyl reissue by The Circadian Press, distributed by indie mainstaySacred Bones(home of acoustic guitar-wielding Amen Dunes, Marissa Nadler, and other weird-folk rockers) was limited to 500 copies that authentically duplicated the original Accent pressing. The audio was even transferred from one of those original records to be restored and remastered in New York City.
The original 1969 Accent pressingis nearly impossible to find, with simply too few of them having made it out and into the world. Aprivately pressed 90’s reissueis available on Discogs starting at $100. And of the newest reissue, limited to 500 copies, only one iscurrently listed for sale, also starting at $100 on eBay.
Magazine Vinyl Me Please March 2nd 2016 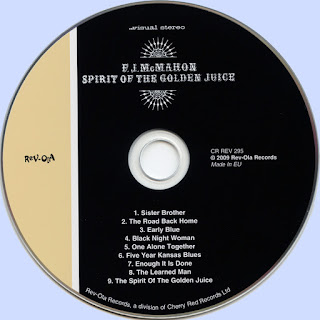