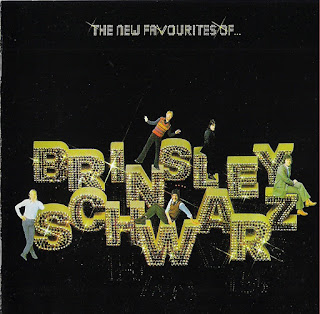 Pub rock, the English roots rock movement of the early '70s, would never have earned a cult following if it wasn't for Brinsley Schwarz. Initially, Brinsley Schwarz was a rambling, neo-psychedelic folk-rock band that borrowed heavily from Crosby, Stills & Nash and the Grateful Dead. Following a disastrous publicity stunt to promote its debut album, the band went into seclusion outside of London and developed a laid-back, rootsy sound inspired by Eggs Over Easy, an American band that had been playing a mixture of originals and covers in English pubs. Following their conversion to pub rock, the Brinsleys ditched their pretensions of stardom and became a down to earth, self-effacing rock & roll band. Between 1971 and 1974, Brinsley Schwarz toured England innumerable times, playing pubs across the country.
Along the way, they established a circuit for similar bands like Dr. Feelgood and Ducks Deluxe to follow. Though the group was nominally guitarist Brinsley Schwarz's band, bassist/lead vocalist Nick Lowe provided the bulk of the group's songs. Lowe developed a distinctive songwriting voice -- conversational, melodic, offbeat, and funny -- and the band was infused with his skewed sense of humor. Despite strong reviews and a dedicated fan base, the Brinsleys never managed to escape cult status, yet they influenced a legion of other artists, creating an underground, back-to-basics movement that laid the foundation for punk rock.
Brinsley Schwarz didn't plan to start a grassroots movement -- the bandmembers wanted to be stars. Lowe and Schwarz had already spent several years in Kippington Lodge, a Tunbridge Wells-based guitar pop group that released five singles on Parlophone during the mid-'60s to no success. By 1968, the members of Kippington Lodge were beginning to feel restless with their straight-ahead pop/rock and were eager to explore psychedelia. Keyboardist Bob Andrews joined the band later that year and drummer Billy Rankin came aboard in the fall of 1969. By that time, Kippington Lodge had completely revamped its musical style, evolving into a folk-rock band with psychedelic pretensions and appropriately changing its name to Brinsley Schwarz after the group's lead guitarist. Ironically, it was around this time that Lowe became the band's lead singer and primary songwriter.
With their final album, Brinsley Schwarz turn in their most pop-oriented record, filled with infectious gems like "The Ugly Things," "Trying to Live My Life Without You," and "(What's So Funny 'bout) Peace, Love and Understanding." Lowe's songs were the best he had ever written and show that his ambitions were beginning to conflict with those of the rest of the band. Nevertheless, there isn't a weak song or uninspired performance on New Favourites, making it an excellent farewell album.
by Stephen Thomas Erlewine 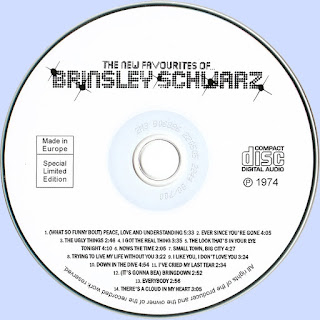