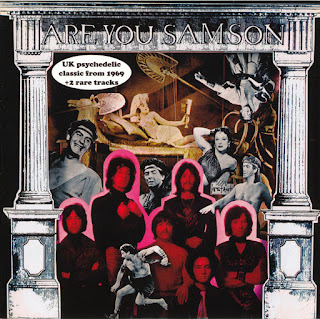 Samson was one of the more obscure outfits signed to Andrew Oldham's Immediate label, considering that they got to cut an entire concept album, Are You Samson?, which was released by the label in 1969. They played the Marquee Club, and were known around London, but never caught on. Keyboard man and singer Ian Kewley later worked with Strider and Limey, before hooking up with Paul Young. This Samson had no relationship to an early '70s English band of the same name.
Originally released in November 1969 on Andrew Loog Oldham's subsidiary to his failing Immediate, Samson sank without trace, which was about as much as could be expected. Oldham's seemingly careless attitude of not even releasing a single to wet the record buyer's appetite however is now easier understood: Immediate was at its end; within weeks of Samson's debut release Oldham's empire went bankrupt! As the band were eagerly recording their carefully calculated work, Oldham had a lot more to worry about than whether the next album released on his subsidiary would be a big seller.
With little assistance from the label, and practically no promotion, it's not surprising that the album had such low sales figures. But the poor turnover of this admittedly tackily sleeved album is by no means an indicator of the music contained within. Samson brought into their music a successful blend of harmonies which sound akin to the Gregorian psych-era choral vocal parts of the Pretty Things and the Zombies, a touch of Deep Purple circa Shades of Purple, and a hint of the increasingly popular concept album. For sake of classification, their blending of Kinks-ish psych-pop with more progressive elements is befitting of the title progressive pop -- a contemporary handle used to describe everything from the Fox's For Fox Sake, Caravan's early work, and fellow north country lads the Koobas' 1969 album. If the later songs compiled on the superb Rubbles series appeal to you, Samson are well worth investigating. 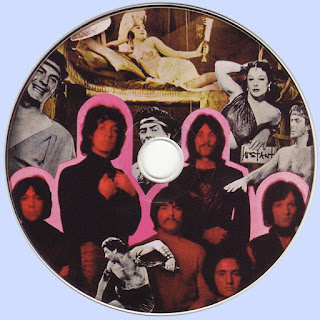