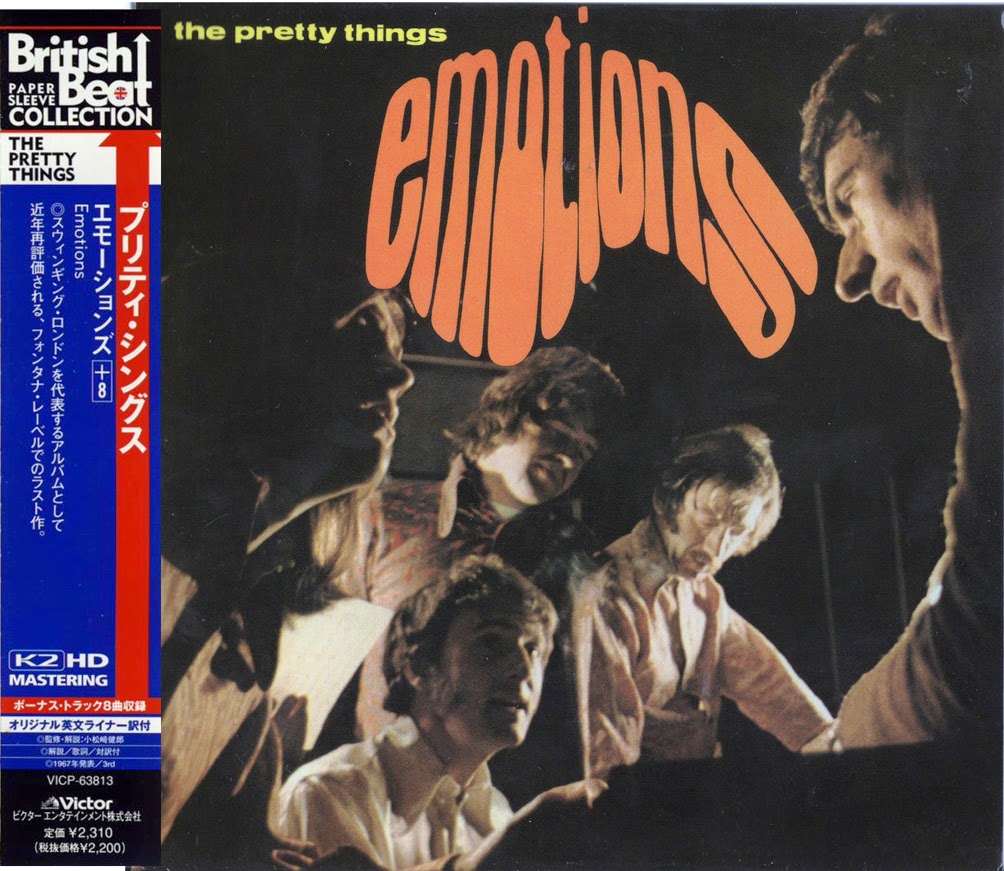 In accordance with their label's (and not the band's) wishes, the Pretties were teamed with a middle-aged orchestra directed by Reg Tilsley on this album, which saw the Phil May-Dick Taylor songwriting team making an effort to move beyond R&B knockoffs into more sophisticated territory. Sometimes the arrangements (dubbed onto tracks without much involvement from the group) worked; more often, they were an unnecessary hindrance. An interesting failure, it contained some genuinely top-rank originals that saw the group expanding their vision into social observation and tentative psychedelia, including "My Time," "The Sun," and especially the moody, folk-rock-ish "Death of a Socialite."
by Richie Unterberger

And here is this enchanted garden of psychedelia. The Pretty Things' third album has its admirers - but The Pretty Things are not among them. Released in May of 1967, "Emotions" saw this stubborn band embarking, just for once, on a path that was not of their choosing. Doubtful of the Pretty Things' place in a changing music scene, Fontana's hierarchy thought the beat group formula was fading and needed dressing up with mainstream pop arrangements. So they summoned new producer Steve Rowland. But the most radical colouring of the Pretties' sound was done by another outsider, one Reg Tilsey, who overdubbed the elaborate arrangements, much to the bands disgust.

But thanks to the helping of bonus tracks, you can  hear some of the "Emotions" sessions as nature intended them - free of the poppy brass and string embellishments imposed upon the music. However to neutral ears, the record sounds rather charming - a period of transition from the bands blistering R&B roots to full flowering of psychedelia. It's surely true the songs themselves were softer than before. The "Emotions" material has, at least, a definite leaning towards the wistful. As May says "we were using personal incidents to make the songs out of. Normally someone would get a musical idea and the lyrics would be made to fit that, but these were lyric-led songs. It was a completely different way of writing".

Also, stereo had become 'good'. Listening to the album with headphones will drive you insane in no time. Whereas common sense is used to create a stereo sound nowadays, at the end of the sixties the preference was to pull everything apart as much as possible. After the setback of "Emotions" the band moved to EMI, and found themselves at work in the Abbey Road studios alongside The Beatles and Pink Floyd. They went down on to make the classic record "S.F. Sorrow".
by Henri Bos 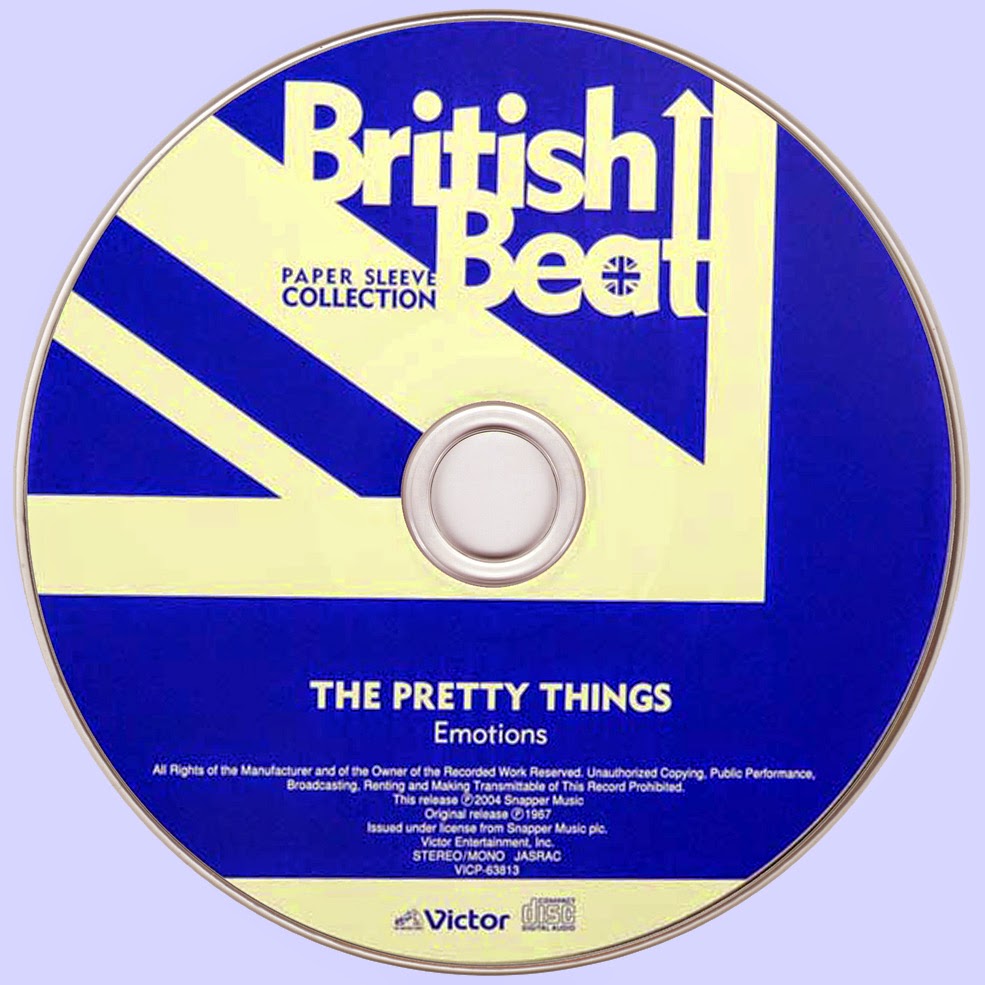 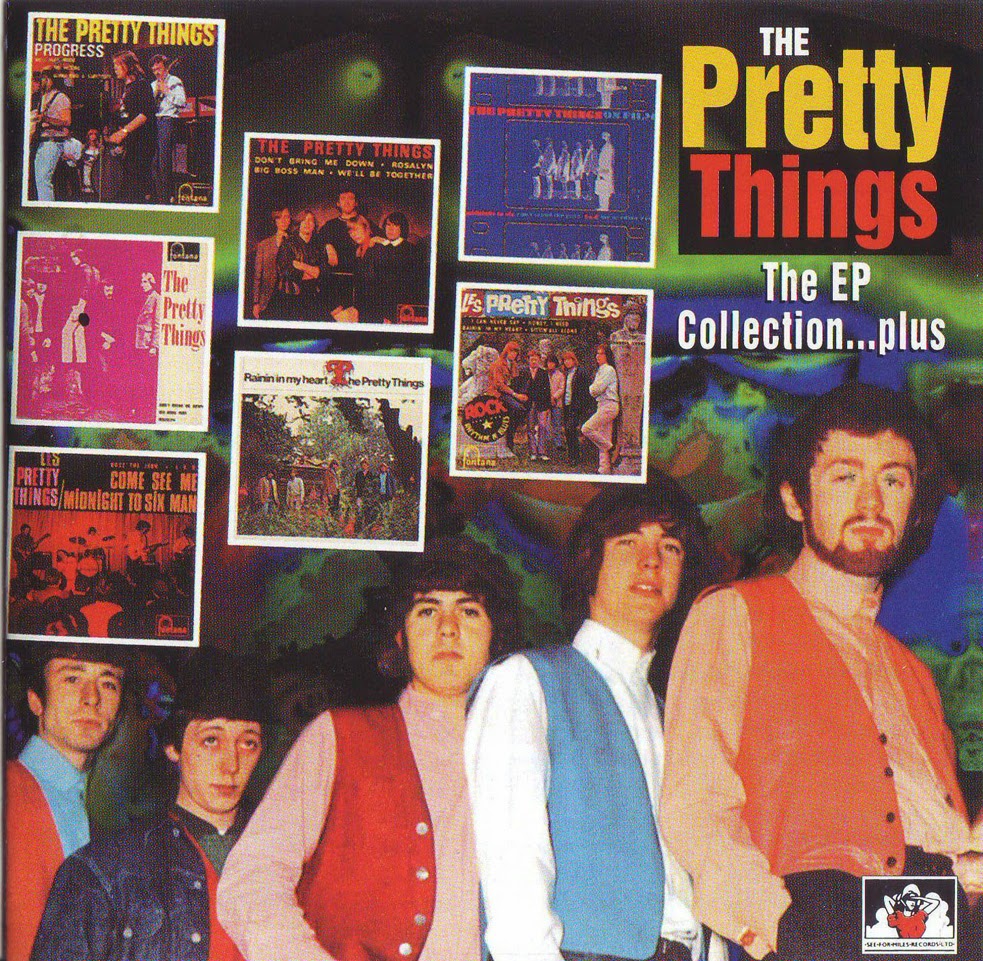 Of all the original British Invasion groups, perhaps none were as underappreciated in the United States as the Pretty Things. Featuring the hoarse vocals of Mick Jagger-lookalike Phil May and the stinging leads of guitarist Dick Taylor (who actually played in early versions of the Rolling Stones with Jagger and Keith Richards), the Pretties recorded a clutch of raunchy R&B rockers in the mid-'60s that offered a punkier, rawer version of the early Stones sound.

Their first two albums, 1965's The Pretty Things and the same year's Get the Picture, as well as a brace of fine major and minor British hits (of which "Don't Bring Me Down" and "Honey I Need" were the biggest), featured first-rate original material and covers, and remain the group's most exciting and influential recordings. Unfortunately, the band remained virtually unknown to American audiences, most of whom would first hear "Don't Bring Me Down" on David Bowie's Pin Ups album (which also included a version of the Pretties' "Rosalyn").
by Richie Unterberger 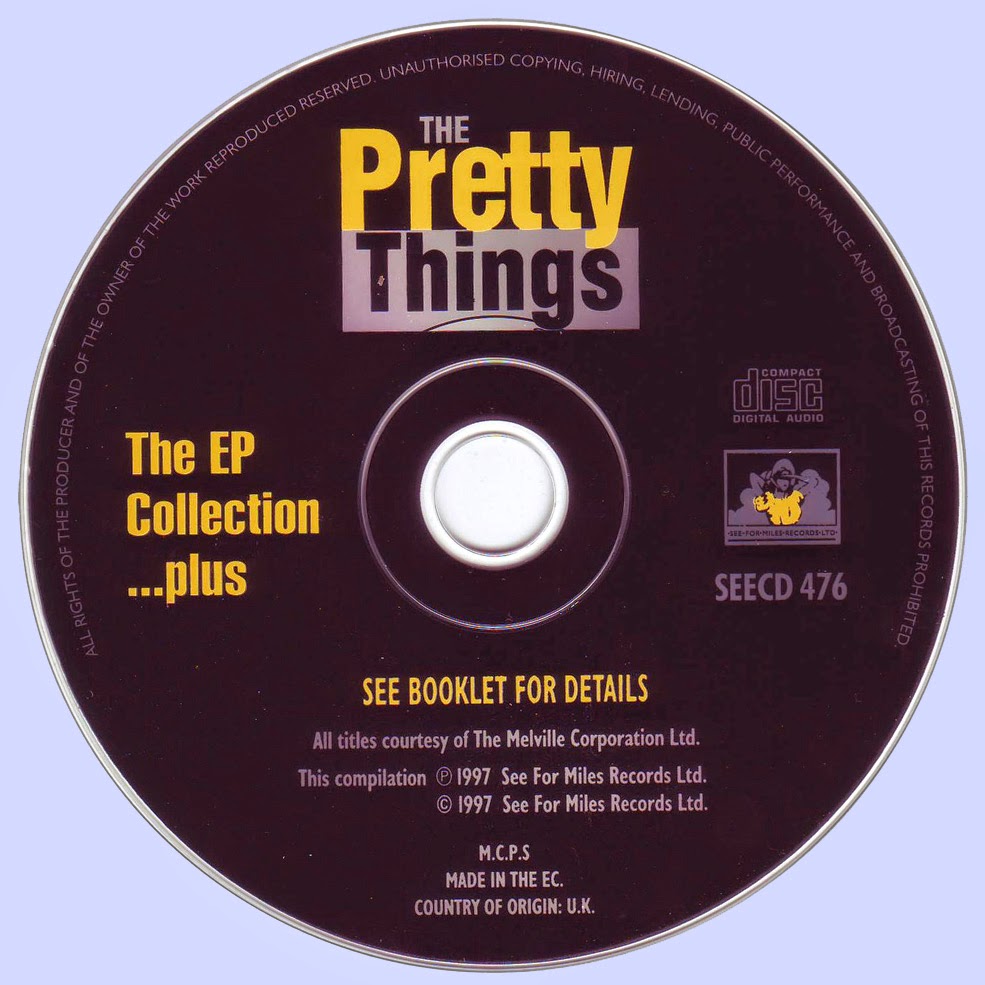 
Free Text
Text Host
Posted by Marios at 5:42 AM 2 comments: