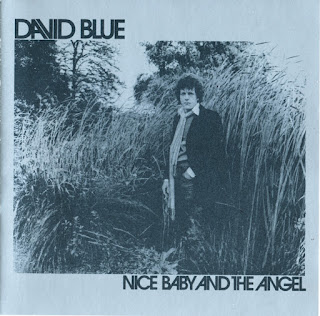 David Blue, whose song publishing company is called Good Friends Music, has always relied on his fellow musicians, many of them more prominent in the record business than he is. His most prominent musical friend on his fifth album, Nice Baby and the Angel, is Graham Nash, who produced the disc in addition to singing background vocals and playing acoustic guitar and electric piano. Nash's influence has made for a fundamental change in musical style for Blue, whose previous efforts harked back to '60s folk and folk-rock. Not so Nice Baby and the Angel. Under Nash's aegis, and with sidemen including guitarist Dave Mason and multi-instrumentalist David Lindley, and additional background singers Mason, Glenn Frey of the Eagles, and Jennifer Warren, Blue is brought into the Southern California rock fold of country-inflected singer/songwriter music à la Crosby, Stills, Nash & Young and Jackson Browne.

The changeover is apparent right at the start with the rocking leadoff track "Outlaw Man." (The song was quickly taken up by the Eagles as appropriate for their Desperado concept album and released by them as a singles chart entry, giving Blue his biggest payday.) Mason makes himself felt right away with an electric guitar solo that runs right through the song. Anchored by Nash's keening tenor, the background vocals considerably sweeten this and other songs. Another potential single is "True to You," which is reminiscent of the First Edition hit "But You Know I Love You," while the catchy "Darlin' Jenny" makes lots of room for Lindley's slide guitar work. There are a few tracks on the LP that hark back to Blue's earlier style, the first of which is "On Sunday, Any Sunday," which features an arrangement for two acoustic guitars augmented by Lindley's violin and viola and Terry Adams' cello. "Yesterday's Lady" and "Troubadour Song" boast similar instrumentation, and the latter in particular is more characteristic of the old Blue with its downcast, introspective lyrics.

Otherwise, Blue's words are somewhat less personal and involved than usual, although his outlook is much the same as ever, expressing the views of a lonely, sensitive man who encounters love but doesn't retain it. As he puts it in the album-closing "Train to Anaheim," "I'm still on the road/I can't be satisfied." Thanks to Nash, Nice Baby and the Angel dresses such sentiments in highly accessible musical garb that may make it easier for a larger audience to appreciate.
by William Ruhlmann 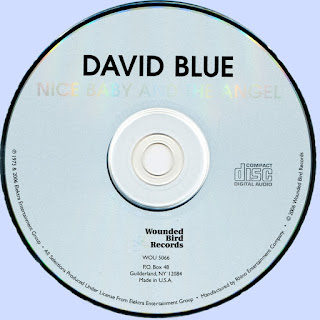