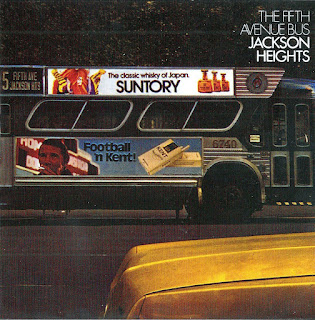 Jackson Heights are yet another band from the early 70’s that had a relatively short existence but a prolific output. Four albums in three years is pretty good by anybody’s standards but poor sales dogged the band from the outset. Following the demise of The Nice in 1970 (when Keith Emerson went AWOL to form ELP) bassist and vocalist Lee Jackson decided to return to a simpler, acoustic based style. As a result he formed Jackson Heights (a play on his own name and a district of New York) releasing their debut album King Progress on the Charisma label that same year. Things didn’t work out for the band however (both personnel wise and label wise) and 1971 saw Jackson regroup with songwriter, guitarist, singer John McBurnie and keyboardist Brian Chatton plus a move to a new label, Vertigo.

That’s where the story begins as far as this collection is concerned with the reissue of the bands three most recent albums The Fifth Avenue Bus, Ragamuffins Fool and Bump ‘N’ Grind all receiving the customary Esoteric makeover. The re-mastered sound is up to the labels usual high standards although there are no bonus tracks this time around with each disc remaining faithful to the original vinyl record.

Originally released in April 1972, The Fifth Avenue Bus (a title that continued the NY theme) included Michael Giles on drums. It’s a role that the founding and then ex King Crimson sticks man would fulfil on all three albums although he never became a full time member of JH. The majority of the songs were written or co-written by McBurnie and the style is a million miles from the bombast of The Nice being mostly lightweight pop songs with striped down arrangements centred around acoustic guitar, piano and strong vocal harmonies. Tramp is a curiously subdued opener that’s almost like a lullaby whilst Dog Got Bitten is more up-tempo with a bright, slightly calypso feel thanks to congas and electric bass. Like many of McBurnie’s songs the laidback style thinly disguises the social conscious and political themes contained in the lyrics.

Two of the albums best songs in terms of tuneful melodies are the poignant Autumn Brigade and the haunting Long Time Dying. The latter was composed by pianist Lawrie Wright who left the band halfway through the recording session to be replaced by Chatton. The melody here is very similar to The Bee Gees’ New York Mining Disaster 1941 (which also influenced Barclay James Harvest’s The Great 1974 Mining Disaster). Two other fine tunes include the poetic House In The Country which features Mellotron hovering inconspicuously in the background and the bittersweet Luxford with a beautiful melody in the style of Bread. Jackson’s vocal inflections closely mirror those of David Gates here although his gravel tones couldn’t be more different to the American’s smooth crooning.

The songs that worked the least for me are the more up-tempo offerings, the slightly funky Laughing Gear which owes a debt to The Beatles and the upbeat Rent A Friend with its light hearted lyrics and honky-tonk piano being the kind of song MOR popsters Marmalade churned out in the 60’s. The former does at least include a rare burst of electric guitar whilst the latter is distinguished by some particularly fine bass work from Jackson.

The longest track by far Sweet Hill Tunnel includes some splendidly rich Crosby, Stills and Nash style harmonies but it owes its length to an extended jazz piano excursion driven by busy and particularly impressive drumming from Giles. The albums only real concession to prog however comes in the shape of the concluding Pastor Roger with a stop-start arrangement and dynamics reminiscent of Genesis’ quirkier songs like Harold The Barrel, especially the chorus. The cynicism in the lyrics is worthy of John Lennon, ending with mocking variations on the Christian anthems All Things Bright And Beautiful and Onward Christian Soldiers.
by Geoff Feakes 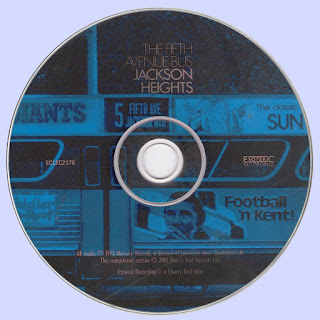