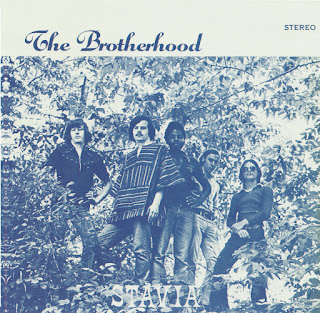 There’s nothing particularly wrong with Stavia, the only album made by Ohio band The Brotherhood. If this were a common dollar-bin staple, it might be a pleasant surprise. But the album’s reputation precedes it, and the hype just isn’t earned. Released in 1972 in a private press edition of maybe 200 or 300 copies, the album has sold for $250 to $750, and there’s an original pressing on Discogs right now that can be all yours for $1,100. But don’t be misled by those prices, or by the name of the Spanish label reissuing the album. The Brotherhood plays perfectly competent soulful rock with a social conscience, yet there’s nothing outsider about it.

As the band’s name and diverse lineup suggests, The Brotherhood fosters racial harmony. “Color Line” starts the album with the earnest lyric, “I’m feeling blind/ That color line, yeah!” The musicianship is solid, the drums especially fevered as the well-meaning lead singer pleads, “I’m looking to the day when people can be themselves.” It’s a commendable sentiment delivered with a little soul but with perhaps less conviction than his band, who delivers solid lead guitar and swirling, mildly acid-tinged organ swirls. Stavia offers good musicianship that evokes the mellow side of ‘70s rock, but if you seek out private press records to hear something unfamiliar and unusual, there isn’t a whiff of that here.
by Pat Padua 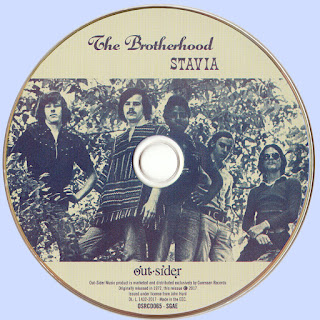