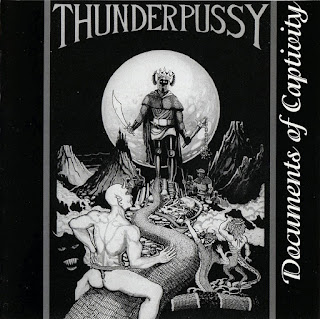 The line up consisted of singer/guitarist Steven Jay Morris, bass player Ben Russell and drummer George Jake Tutko, with an assist from keyboardist/lyricist David Leon Felts.  Morris was apparently the brainchild behind the enterprise.  In addition to producing the trio's 1973 debut "Documents of Captivity", he handled most of the vocals and wrote the majority of the material (Felt was credited with lyrics on two selections).

Divided into a series of "six documents" the album was apparently intended as a concept piece, though the sci-fi-ish plotline was largely lost on me.  Musically tracks like 'Document of Enigma / Scream Inside' and 'Document of Extrinsic Value / Lucifer' were best described as conventional (if very good) hard rock.

Morris had a nice voice and, in spite of the cumbersome plotline tracks such as 'Document of Security / Moonlite Ladies' and 'Document of Latent Summation / In the Forest' offered up strong and surprisingly conventional melodies that stood up separately and apart from the overarching concept. Bassist Russell was particularly good.
Bad Cat 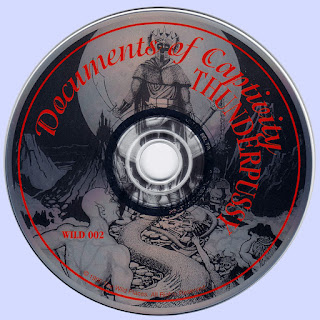