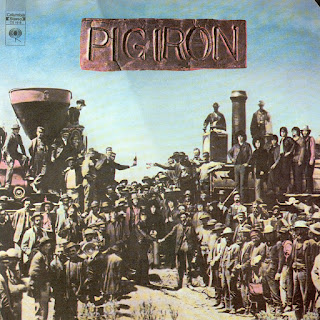 The only self-titled album from New York based, Pig Iron. A highly talented band, unfairly pushed into oblivion. Former and leader of “Pig Iron” was drummer Alan Abrahams. He was also lead vocalist and main songwriter of the group.
In 1970, “Pig Iron” recorded an album which was well received by critics, but somehow went bad on sales. Label as usual, did not renew the contract, and by 1971 the band broke up. Alan Abrahams went on to become a professional producer, worked at RCA, Capitol and Columbia Records, recorded by Miles Davis, BB King and many others … As for the fate of the other musicians: keyboardist-trumpeter Adam Ippolito and bassist Gary Van Scyoc trumpeter joined a group of “Plastic Ono Band” and a later incarnation of Elephants Memorie. Saxophonist Marty Fogel became a member of  Lou Reed's band.
Four songs are original written by Alan Abrahams co-penned with musicians, not from the band. The group is very different from  “Chicago” and “Blood, Sweat & Tears”  actually more solid rock, blended heavenly with blues, jazz and soul. 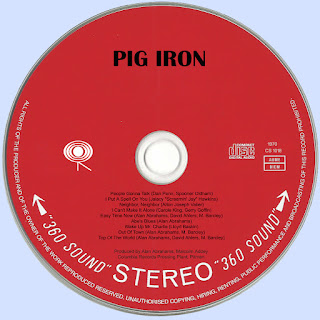