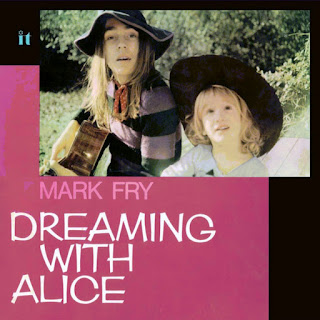 Recorded in 1972 by teenage Englishman-in-exile (re: British art student in Italy) Mark Fry, Dreaming With Alice has long been a Grail to vintage psych-folk enthusiasts. That’s hardly a unique distinction; it seems like anything tracked between 1966 and ’75 by hirsute dreamers with acoustic guitars inspires big bidding among collectors.

Sunbeam Records is known for their loving reissues of the lost sides of yesteryear, but not all of them deserve such royal treatment. That isn’t the case with Dreaming With Alice, which is a thoroughly enjoyable slice of pastoral psych. Yet the disc’s most attractive quality is also it’s chief flaw — namely, Fry’s cloying credulity in matters metaphysical.

Through all the will o’ the wisp poetics and the fluttery arrangements, Fry maintains an honest likeability, which makes you wonder why he never managed to hitch his Glimmering Chariot to a Morning Star. (The answer to that query is revealed in the voluminous liner notes, which were penned by Fry himself).

Fry was a handsome and talented lad, and it’s no wonder the Italian art cognoscenti took a shine to him. His boyish croon goes a long way towards selling the fantastical twaddle that makes up his lyrics. It’s gotta be tough to sound earnest while crooning about an albino albatross, but Fry somehow manages.

The finest song on the album comes early. “The Witch” covers all of the psych bases, employing flute, sitar, hand percussion and a minor key modality. “The witch is looking through my window / Her cold breath on the window pane,” Fry sings in what sounds like a hushed invocation to a summer’s eve succubus.

The esoteric musings continue apace. “Did you ever stumble on Satan’s smile or a Catholic saint’s confession / And life is like walking on an endless mile, each step another lesson,” he sings on the title track, which is split into eight sections and spread across the entire album. Each return is framed by gentle fingerpicking that sounds appropriately phantasmal.

It’s debatable whether or not the world needed another psych-folk reissue, but if so, Dreaming With Alice might as well be it. Rumor has it that Fry — who currently lives a painter’s life in rural France — will be recording again soon. Must be the season of the witch.
by Casey Rae-Hunter 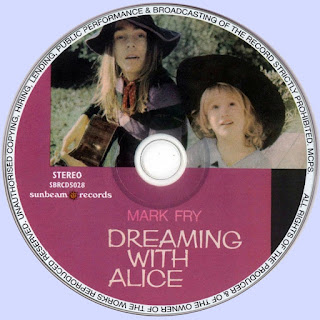