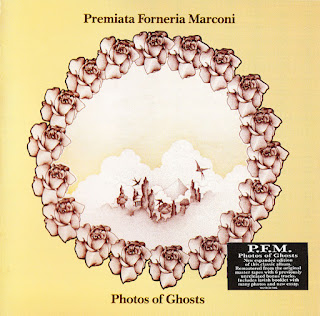 PFM were already Italy's premiere progressive rock band when Emerson, Lake & Palmer signed them to the British trio's own Manticore label in 1972 and turned to King Crimson alumnus Peter Sinfield to write English-language words (sung phonetically) for this, the Italian group's debut international release.
A phantasmagorical creation, Photos of Ghosts is filled with lush melodies and rich musical textures, all wrapped around Sinfield's frequently surreal lyrics, which seem an extension of some of his better work from King Crimson's Lizard and Islands albums. In contrast to ELP's music of the same period, PFM's music still retains some loud echoes of psychedelia, and the music has a refreshingly airy, open sound, free from the thick, heavy-handed Germanic textures generated by most of the rival U.K. classical rock bands of the period -- this album can stand next to competing works by Genesis, Yes, et al. from the same period.
Additionally, PFM were not only unafraid of doing songs that changed time signatures radically, but reveled and thrived in such unusual structures, as demonstrated by "Il Banchetto," the one song on the album transferred -- at least in terms of lyrics -- intact from the original Italian release. The phonetically sung English lyrics also take on a special eeriness on track such as "Promenade the Puzzle." Oddly enough, the group actually became a better rock band in the year following this release, with a shift in personnel and the addition of bassist Patrick Djivas, and subsequent releases rocked harder and better, but they never had a finer, more consistently rewarding body of music in one place to their credit than this album. T
he various CD editions have been a major improvement over the fuzzy, indistinct mastering (and accompanying poor pressings) of the original 1970s-era U.S. vinyl release. The 2010 CD re-release also features significant bonus tracks, consisting principally of early mixes and unaccompanied backing tracks from much of the album -- all of which bring the running time up past 70 minutes -- and reveal a wealth of inner detail and instrumental textures that were otherwise masked on the finished album, plus the single edit of "Celebration."
by Bruce Eder 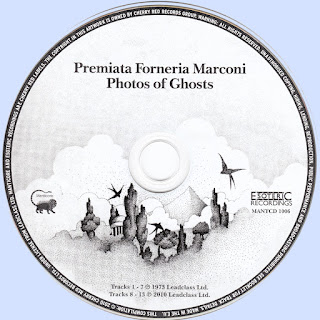