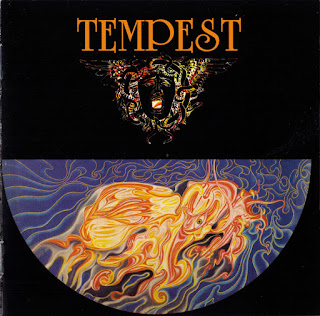 When Jon Hiseman split Colosseum in 1972. he resolved to take the rock aspects of his music to their logical conclusion. To this end he retained the services of Mark Clarke on bass/keyboards/vocals, who had been with him in the last Colosseum lineup; his rock intentions were signalled by the recruitment of Paul Williams on guitar/ keyboards/vocals, who had previously seen service in Juicy Lucy and Zoot Money's Big Roll Band.

The fourth member of the new band was Allan Holdsworth on  guitar/vocals/violin. Holdsworth was a rock guitarist with jazz leanings (rather than vice versa), and in a sense this definition tells you the difference between Tempest and Colosseum. It was in this band that Allan Holdsworth came to critical attention, his only previous recorded outing being an album with the band Igginbottom's Wrench on Deram in 1969.

Tempest was an apt name for the band, as their eponymous debut album showed. With Hiseman drumming up a storm and Clarke adopting the wise approach of playing simply but strongly (a flash drummer and a busy bassist never go together), the foundation was laid for Williams and Holdsworth to wail and moan over a series of complex progressive compositions. 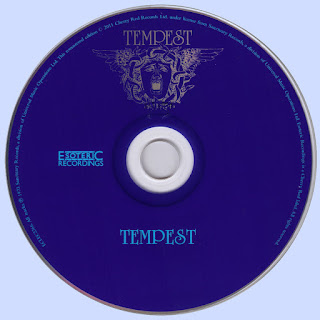 Free Text
Text Host
Posted by Marios at 6:20 AM 3 comments: