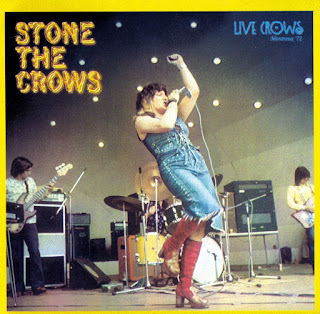 Although Ontinuous Performance remains the ultimate Stone the Crows live album, if only by virtue of its age, anybody seeking the true sound of the band at its peak would do far better to seek out this latter-day exhumation. Clocking in at a shade over 54 minutes, Live in Montreux 1972 features just five tracks, but what epics they are. Incendiary versions of "Friends," "Penicillin Blues" (the only cut duplicated on the earlier album), "Love 74," "Danger Zone," and some 20 minutes of Bob Dylan's "Hollis Brown" feature the classic Crows lineup of Maggie Bell, Colin Allen, Ronnie Leahy, Steve Thompson, and Leslie Harvey -- in fact, the show was recorded just weeks before Harvey's death, on-stage in Swansea on March 3, 1972.

The sound quality is superb, capturing the true feel of one of Britain's most solid and reliable live experiences; indeed, alongside the band's John Peel sessions album, Live in Montreux 1972 ranks up there alongside the greatest Crows albums of them all.
by Dave Thompson 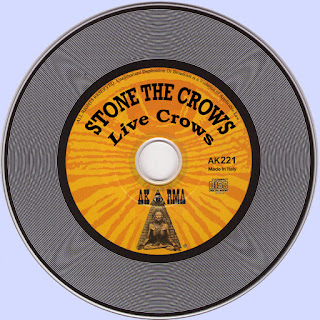 Free Text
the Free Text
Posted by Marios at 8:36 AM No comments: