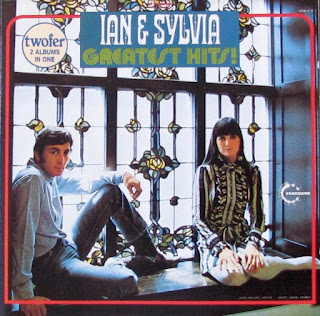 One of the most popular acts of the early-'60s folk revival, Canadian duo Ian Tyson (b. 1933) and Sylvia Tyson (b. 1940) made several fine albums that spotlighted their stirring harmonies on a mixture of traditional and contemporary material. While these recordings can seem a tad earnest and dated today, they were overlooked influences upon early folk-rockers such as the Jefferson Airplane, the We Five, the Mamas and the Papas, and Fairport Convention, all of whom utilized similar blends of male/female lead/harmony vocals. They were also inspirations to fellow Canadian singer/songwriters such as Neil Young, Joni Mitchell, and Gordon Lightfoot. Like most acoustic folkies, after the mid-'60s they moved into folk-rock and country-rock, though the results were less impressive than their early work.
Tyson took up folk music in his 20s while convalescing from a rodeo injury, and teamed up with Sylvia Fricker after moving to Toronto in the late '50s. In 1960, they moved to New York, where they were signed by Albert Grossman, famous for managing Bob Dylan and Peter, Paul, and Mary. Their self-titled debut (1962) began a successful series of recordings for Vanguard, on which they helped expand the range of folk by adding bass (sometimes played by Spike Lee's father Bill) and mandolin to Ian's guitar and Sylvia's autoharp. Just as crucially, they ranged far afield for their repertoire, which encompassed not just traditional folk ballads, but bluegrass, country, spirituals, blues, hillbilly, gospel, and French-Canadian songs.
Ian and Sylvia were among the first to cover songs by Dylan, Lightfoot, Joni Mitchell, and Phil Ochs, and also began writing material of their own. Although original compositions were never at the forefront of their early LPs, a couple of them would become very influential indeed. Ian's "Four Strong Winds" would be covered by the Searchers and (in the '70s) Neil Young, and Sylvia's "You Were on My Mind," given a far poppier treatment by the We Five, became one of the first big folk-rock hits.
By 1966, Ian & Sylvia had started to rely primarily on original material, and begun to use electric instruments. While some of these tracks were outstanding, generally their folk-rock lacked the focus and consistency of their acoustic recordings. In the late '60s, they would take stabs at country-rock and straight country music, even hooking up with young producer Todd Rundgren for the 1970 album Great Speckled Bird. The quality of their records, and the size of their audience, declined steadily after they ended their association with Vanguard in 1967. In the '70s, they split up, professionally and personally (they had married in 1964). Both have since pursued solo careers: Ian's was far more successful, as he moved into country music, recording albums of songs with cowboy and rodeo themes that received much popular and critical acclaim in Canada.
by Richie Unterberger
This compilation (CVSD 5/6) captures much of their best work. Do not confuse it with the identically titled Vanguard album 73114, which includes only half the material found on this set.
by William Ruhlmann 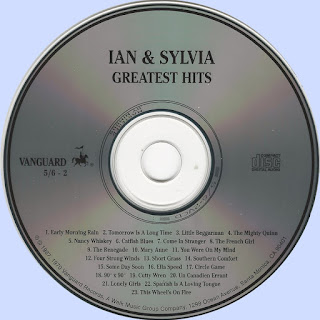