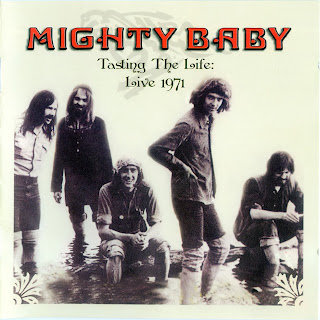 The British psychedelic band Mighty Baby grew out of the Action, the Liverpool-based R&B outfit signed to Parlophone by George Martin in 1965. Long considered one of Martin's best discoveries this side of the Beatles, the Action consisted of Reggie King (vocals), Alan King (guitar), Pete Watson (guitar), Mike Evans (bass), and Roger Powell (drums).

After Watson left in 1967, he was succeeded by keyboardist Ian Whiteman and blues guitarist Martin Stone, a veteran of the Savoy Brown Blues Band. This new lineup evolved beyond the R&B/soul sound that the original Action had played and into a top-flight experimental group, incorporating the kinds of long jams and folk/blues influences that the West Coast bands were starting to export around the world.

They hooked up with ex-Yardbirds manager Giorgio Gomelsky in 1967 and recorded an album's worth of material that went unreleased. Reggie King was gone by early 1968 to record a solo album, and the remaining members went through a number of name changes, at one point calling themselves Azoth.

In 1968, they hooked up with the managers who represented Pink Floyd and T. Rex and cut a new series of demo recordings featuring Whiteman (who wrote most of the songs) and Alan King on lead vocals. These demos were even more ambitious than the 1967 sides, extending the structure of the group's songs with long, beautiful guitar progressions and soaring choruses. Unlike a lot of R&B outfits that tried the psychedelic route and failed, they were suited to the new music by inclination and temperament.

The president of the band's new record label, Head Records, for reasons best known to himself, chose "Mighty Baby" as the group's new name. The self-titled album that followed was a masterpiece of late psychedelic rock, with long, fluid guitar lines and radiant harmonies; still, Mighty Baby didn't sell very well, although the group continued to play live shows to enthusiastic audiences.

Their record label folded in 1970, and the group eventually signed to the Blue Horizon label, where they released a respectable if not wholly successful second album, A Jug of Love. It was clear by then, however, that their moment had passed, both personally and professionally.

Mighty Baby broke up in 1971, although several of the members periodically played together on various projects -- Evans and Whiteman even played backup to Richard & Linda Thompson in the late '70s.
by Bruce Eder

Mighty Baby are one of the best-loved bands to have emerged from Britain’s late 1960s underground, and this is the fullest live record of them in existence. Taped as they opened for Quintessence at Malvern’s Winter Gardens on Saturday February 20th 1971, the set finds the quintet poised between the driving psychedelia of their 1969 debut and the more contemplative sound of their second and final album, A Jug Of Love.

It’s rounded off by two tracks recorded at Glastonbury in June of the same year, and comes complete with a booklet featuring rare images and notes from band members Ian Whiteman and Mike Evans, making it an essential artefact for the Babe’s many admirers. 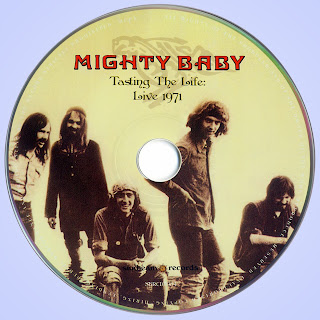 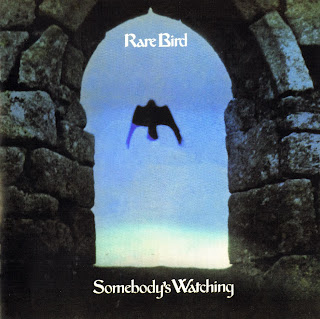 Self-produced 1973's "Somebody's Watching" found the band continuing to troll the progressive playground, but just barely.  To be honest, by this point in their career Rare Bird had essentially become a pop band.  The only real link to their progressive past was 'Dollars' which was an interesting instrumental adaption of Steve Winwood's Traffic meets Ennio Morricone's "A Few Dollars More".

Elsewhere, featuring largely group-penned material, songs such as the tile track and 'Third Time Around' were shorter, more focused and quite commercial (as in suitable for radio).  With the addition of guitarist Andy Curtis Gould seemed to have become comfortable as lead singer and the band's forays into folk-rock ('Turn Your Head' and 'Hard Time') were among the set highlights.
Bad-Cat 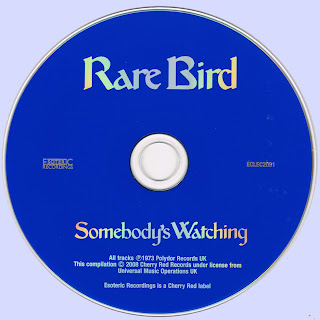