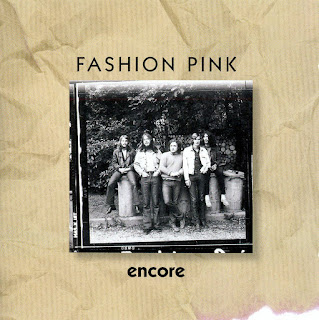 The band was founded in 1968. Their first gig took place on 12.10.1968, the line-up included Roland Schaeffer (vocals, guitar, saxophone, bass), Eddy von Overheidt (organ, vocals), Helmut Rusch (lead guitar), Jürgen Argast (bass) and Joe Koinzer (drums). Before, Roland and Helmut had played with the Pop Mops and Reaction, and soon after with a trio called Blues Act (1968), although their involvement with Blues Act was short-lived. In summer 1968 they contacted Eddy and Jürgen – and Fashion Pink was born. Eddy von Overheidt had been vocalist and guitarist with The Edwardians, a band who played Rock’n Roll Standards and titles by the Beachboys. Jürgen Argast had played with The Checkmates. The band was complete when Joe Koinzer joined them. He had played titles by John Mayall, Yardbirds and B.B. King with The Snakes.

Fashion Pink were considered Baden-Baden’s Super Group. Rusch modelled himself on Jimi Hendrix and was the first to play a Fender Stratocaster including a Marshall-tower. Fashion Pink were the first in the region to play so called progressive underground music, mixed with jazz elements and free-jazz intermezzos. However, this line-up was only short-lived, since Helmut was drafted by the German Armed Forces and Jürgen left the band due to differences about the music. He was replaced with Rainer Bodensohn, who had originally learnt to play the guitar, but later on chose the transverse flute as his main instrument and also played bass. Before Helmut left the band in October 1969, Fashion Pink were the first of many bands to give a guest performance with the radio station Südwestfunk (today SWR) in Baden-Baden, and so this promising up-and-coming band recorded songs in Südwestfunk’s recording studio U1. On 15.6.1969, the band including Helmut recorded the titles “Peeling Beans” (composed by Roland Schaeffer) and “Forget it, I got it” (Spooky Tooth). Once he had served his time Helmut went to England, and from there he moved to Toronto in 1980. And, as he tells us in his email:” People call me Colin now.”

The titles of this CD impressively show the development of the band, the influences that worked on it, its models and how the band eventually found their own style, which became even more distinct in the follow-up band “Brainstorm”. The titles 01-07 are the ones that were recorded in Südwestfunk’s studio U1 between 1969-1971. They are published on CD for the first time. The live version of “Watch time flows by” was recorded off the mixing desk during a live appearance in Ludwigshafen in 1971. Titles 09-17 are special, since they had been published on a mini LP (T.A.C. Beiersdorf) recorded by order of the cosmetics company Beiersdorf. Eddy’s father Werner von Overheidt, editor with the Südwestfunk, who was working as a pianist and arranger as a sideline, had got in touch with Beiersdorf (e.g. Nivea), who were looking for a special “gift” for their customers. They thought of gratifying their customers with a so called soundtrack. In early 1971 Fashion Pink recorded the titles themselves and acted as producers. Parts of the titles were to be used in later musical epics. The LP was never publicly released. It was only ever given as a present to Beiersdorf customers and is now available on CD for the first time.

In early 1972 the band changed its name into Brainstorm and tried to get a record contract. Intercord offered the group a contract to publish 2 LPs. In October 1972 they brought out their first LP called “Smile a while”, followed by the LP “Second Smile” in 1973. Meanwhile several of Brainstorm’s recordings have been published under the CD label Garden of Delight. “Stars on stage” was recorded live during a gig in Ludwigshafen on 29.6.1975. Shortly afterwards, Brainstorm dissolved, too, and Schaeffer joined GURU GURU, where he is still active today.
by Manfred Steinheuer, December 2005 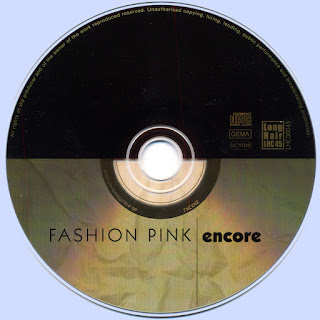 Free Text
Text Host
Posted by Marios at 11:20 AM 2 comments: