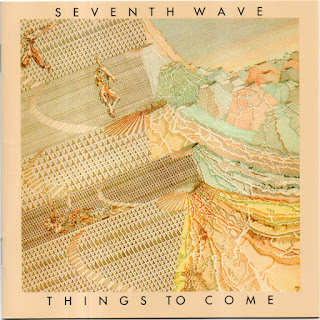 Following protracted recording sessions that began in 1972, Things To Come originally appeared on vinyl in April 1974 followed by its successor Psi-Fi in August 1975. Both albums were the creation of multi-keyboardist Ken Elliott supported by drummer Kieran O'Connor. Prior to forming Seventh Wave both men were members of early prog come psychedelic incarnations Second Hand and Chillum although their relationship had its ups and downs. Sadly further disagreements between the pair during a US tour to promote Psi-Fi led to the premature demise of Seventh Wave in 1976.
Going their separate ways, Elliot revived his career as a writer of TV themes and jingles which despite paying the rent was a great loss to the prog world as without question Things To Come (and to a lesser extent Psi-Fi) is one of the most memorable, ground breaking and inspired albums of the prog genre (or any genre for that matter).
A glance at the track listing above will show that Things To Come is divided into 14 tracks with an average length of just 3 minutes although in reality when played it flows as two continuous pieces. The midway break was necessitated to allow the music to be split between sides 1 and 2 of a vinyl disc although on CD such considerations become redundant.
Each song on Things To Come is generally preceded by an instrumental track, a strategy that was not uncommon at the time. The instrumental tracks feature lush, tuneful and occasionally ambient arrangements courtesy of an arsenal of keyboards that include ARP, Moog and EMS synthesizers. Obvious comparators would be Tangerine Dream, Rick Wakeman, Vangelis, Keith Emerson and pioneering electronic composers like Walter Carlos although with a far greater accent on melody. Despite the absence of guitars I would also cite Mike Oldfield’s Tubular Bells released less than a year earlier which was similarly a product of meticulous overdubs. In fact it’s quite impressive how Elliott and O'Connor infuse the music with weight and power without the need to resort to guitars or bass.
Fronted by Elliott’s distinctive falsetto delivery, the songs themselves on Things To Come are almost contradictory being ridiculously catchy in the pop/rock sense with lyrics that occasionally border on the banal (as in Old Dog Song) whilst layered keyboards and assorted percussion provide a sweeping orchestral backdrop. This combination may on the face of it seem a tad incongruous but somehow it works resulting in a listening experience that’s infectious and exhilarating without ever sounding pretentious. This is particular true of the final 10 minutes where the listener is literally swept along on a tide of swirling synths and exotic percussion. As one American reviewer remarked at the time, "Two men from Britain sounding like twenty".
by Geoff Feakes 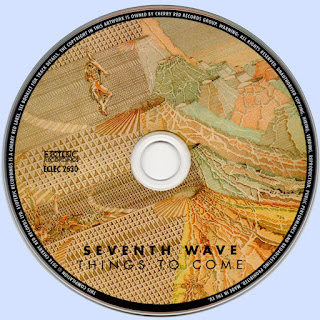