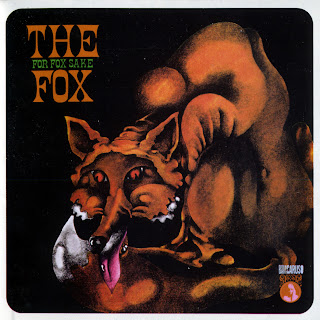 The Fox formed in Brighton in 1968 when veterans of several local bands teamed together. Hammond organist Alex Lane, drummer Tim Reeves, and percussionist-singer Nick Apostiledes had been in the mod-soul band the Alex Lane Group. Reeves had also been in the soul band Omega Plus, as had bassist-keyboardist Dave Windross. Songwriter and guitarist Steve Brayne, who had known Lane and Reeves since primary school, completed the first lineup, though Apostiledes was soon replaced by guitarist Winston Weatherill (formerly in Gary Farr & the T-Bones). The band made test recordings at a 12-hour session in Radio Luxembourg Studios, which worked out so well that most of them were issued as For Fox Sake, though a couple tracks were re-recorded. Management interest cooled off, however, and The Fox broke up soon after the album's release.
by Richie Unterberger

The Fox's lone album is essential and worthy of any record collection. Originally released on Fontana Records in 1970, the album is an work of art with some great haunting guitar work and hammond organ. All the songs included here are expertly crafted pop with enough experimentation, psychedelia, and intelligence to make it worth your while and if the works on this album are anything to go by then, they must have been a great live act.

For many of us the Fox were first introduced to us via the fourth Rubble compilation, 'The 49 Minute Technicolour Dream', anyone remember "Butterfly"?, which despite it's majestic sound and liner notes, actually featured no sitar at all!

Top picks from the album include the single, "Secondhand Love" which has some nice guitar and organ interplay; "Glad I Could" has a nice feel to it making it a nice beaty pop number which would have made an excellent single; "Birthday Card" has some really nice harmonies and lovely organ work; "Madame Magical" is real brain stormer and the most psychedelic sounding clocking in at almost ten minutes.
Marmalade-skies 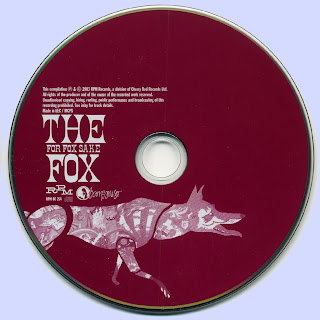