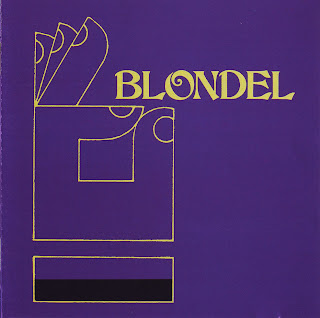 In the broad brush world of progressive rock and its many sub genres, the transitional album is a fascinating beast. Some of the best offerings in history could be so described, as the band has its feet in two eras, the one past and well documented, the other in a yet unrealized future.

In the realm of these denizens, "Blondel" is the representative from Amazing Blondel and, depending on your taste, you might regard it as their best. Because it is not quite as unique as their previous efforts, I cannot quite succumb to such platitudes, but suffice to say it is definitely up there.

Without the minstrel John Gladwin himself, AB could have easily packed it in. He really was their sound in so many ways. He wrote most of the songs and did most of the singing, but instrumentally they were group efforts, and Baird and Wincott had to be influenced in the songwriting department by Gladwin's legacy.

I would not be surprised to learn that they had actually written quite a bit in the preceding 3 years, because what is presented on "Blondel" is like what came before, except that it sounds influenced by 300 year old music rather than the real deal.

Even the subject matter has not changed that much, except that the focus is more on boy-girl romance rather than love of countryside. It's all romance anyway. The harmonies, acoustic instrumentation, heavenly melodies and earnest demeanour all remain. This version may not be as idiosyncratic, but it is just as authentic.

One other characteristic has been inherited - the tendency to front load albums. The components of Side 1 are all breathtaking, enhanced by judicious orchestral introductions and energetic and optimistic verses and choruses.

The one that holds up best is "Young Man's Fancy", with its upbeat yet soothing approach and lovely fadeout, but both "Leaving of the Country Lover" and the Paul Rodgers backed "Easy Come Easy Go" are both fluid and captivating.

The latter could have been a hit single in its day, and is the first recorded association with Free/Bad Company personnel. Side 2 does contain several gems - "Sailing" and the melodically innovative "Festival".

In retrospect, these modest fellows need not have implied that they were no longer amazing when they labelled this disk. 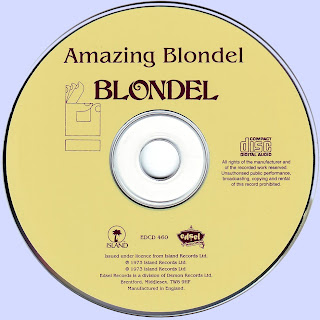 Free Text
Just Paste
Posted by Marios at 6:02 AM 6 comments: