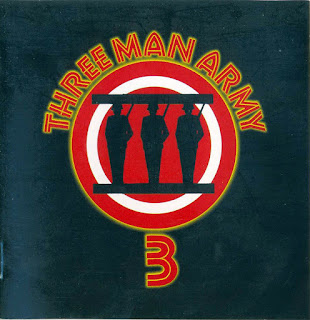 Three Man Army was a British hard rock band active in the first half of the 1970s. The group was formed by Adrian Gurvitz and Paul Gurvitz, formerly of The Gun. Following the band's dissolution, Adrian played with Buddy Miles and Paul played with Parrish & Gurvitz, then reunited as Three Man Army. Their debut album, A Third of a Lifetime, featured several drummers, including Miles, Carmine Appice (of Vanilla Fudge) and Mike Kellie (from Spooky Tooth). Tony Newman, who had previously played with Sounds Incorporated and Rod Stewart, joined for the group's next two albums, and a fourth album was planned but never recorded. Newman then left to play with David Bowie, and the Gurvitzes united with Ginger Baker as the Baker Gurvitz Army.
The band was often praised for their tight and professional live performances, yet, at the end of the day, none of their records had made it into the charts. This 2005 album release offers almost forgotten material of Three Man Army from Gurvitz' archives in a sound quality which leaves no wishes unfulfilled, it is actually the fourth Three Man Army album, after A Third Of A Lifetime (1971, on Pegasus), Mahesha (1972), and Three Man Army Two from 1973 - the second longplayer which the band released on Warner Bros. 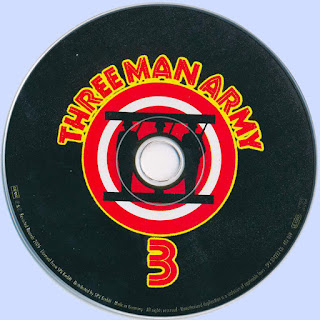