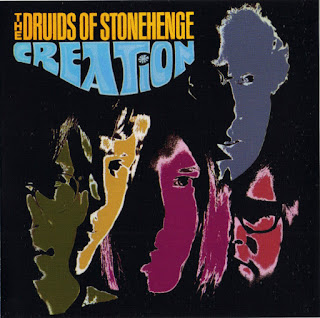 Founded in 1965, the Druids of Stonehenge not only looked dark and mysterious, but the music they played emitted a menacing bite as well.

Gaining recognition on the local front, the New York band even had a chapter devoted to them in Richard Goldstein’s Goldstein’s Greatest Hits, a book pertaining to popular culture of the day. Due to such glowing feedback and wide exposure, the Druids of Stonehenge were clearly primed for world domination.

The band then hooked up with Uni Records and released the album Creation in 1968, which has recently been reissued by the Sundazed label. Although the disc was bundled tight with terrific tunes and inspired performances, sales were underwhelming and the Druids of Stonehenge simply faded into the ether. But like a lot of albums that were ignored at the time they were cut, in hindsight Creation has attained the praise it so wildly deserves.

Most of the material presented on the record pays apparent homage to the crude and crass blues laced rock of Them, the Rolling Stones and the Pretty Things. Anchored by filthy vocals growling and snarling with bile, “Six Feet Down” moves at a slow and haunting pace, while “Speed” crackles and crunches with clattering guitars and edgy harmonies.

Blending eerie tones with gritty rock rhythms, “Painted Woman” and “A Garden Where Nothing Grows” hang fast as other notable songs on “Creation,” along with numbing covers of Bob Dylan’s “It’s All over Now Baby Blue” and Screaming Jay Hawkins’ “I Put A Spell On You.” As attested by these tracks, the Druids of Stonehenge were masters of melancholy. Motivated by doom and gloom, the band produced a stupefying spooky sound. Imagine the Chocolate Watchband jamming with Black Sabbath, and that should give you some idea what zone the Druids of Stonehenge operated in.

While the band was certainly not shy about flaunting their British beat influences, they were definitely not a one trick pony. The original material on “Creation” exhibits plenty of initiative, particularly “Forgot To Begot,” which offers a surprising change of scenery from the band’s bluesy brash anthems. Speckled with the twirling ting of a harpsichord, the shimmery song flickers with surrealistic sensations, resulting in a remarkably sophisticated piece of psychedelic pop.

Churning and burning with raw emotions, Creation portrays the fine art of authentic garage rock in all its ragged glory.
by Beverly Paterson 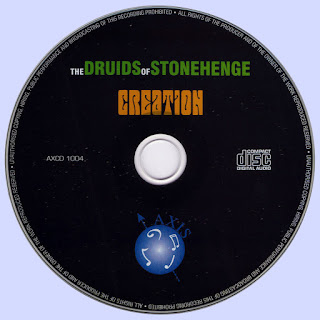 Free Text
Just Paste
Posted by Marios at 4:44 AM 4 comments: