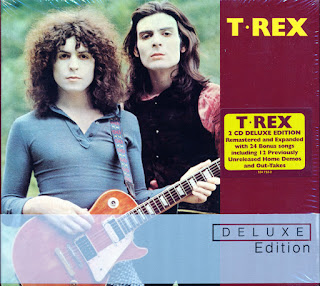 Amazingly, it all comes out rock and roll; there's no questioning it. But rock and roll with lyrics dealing with such subjects as wizards, Druids, and a Liquid Poetess in a buckskin dress. Bolan is clearly infatuated with mysticism, as well as the pure sounds of the English language.

It's difficult to isolate any one or two songs as being special favorites; "One Inch Rock" is fun, beginning instrumentally like a big band swing piece (all on guitars, percussion and vocals) and then turning into an easy little rock number. "Seagull Woman," with backing vocals by Mark Volman and Howard Kaylan, sounds as though it were pulled from about a dozen different Beatles songs, but without being anything like any one. "The Wizard" is the longest piece on the album, at about eight minutes, but interest is sustained nicely through changes in mood.

One of the most fascinating aspects of T. Rex is their ability to intermix vocal and instrumental sounds — the voices often go into a feedback guitar imitation. It's not the kind of trick every group should try.

One sour note is sounded by Tony Visconti's string arrangements, applied here and there by what sounds like a rusty old Mellotron in an unnecessary effort to "fatten up the tracks." The sound would have been a lot cleaner without their addition.

Everything good about the album can be found on the single "Ride a White Swan" which would have been a hit except by the time Blue Thumb found out what a great record it was, they'd released the group to Warner's. So the single is out on Blue Thumb (and shrink-wrapped in special copies of A Beard of Stars) and the same cut is found on the Reprise album. But you should try to find the single, because the B side is a T. Rexy version of "Summertime Blues" that doesn't sound a whole lot like the Who's but which will give you an even better idea of what Bolan and Finn are up to.

And, as a last thought, the Dumb Packaging of the Year award should go to Graphreaks, who designed, and Warners/Reprise, who are selling, the current album. When you break the shrink wrap to get at the record, the cover separates into two pieces. One's a nice picture of Marc and Micky, if you're into such things, and has the words to about half the songs on the back. The other piece is the actual jacket, and features the other half of the lyrics. There is no way, short of staples, glue or rubber bands, of keeping the two halves together. Boo!
by Todd Everett, July 22, 1971 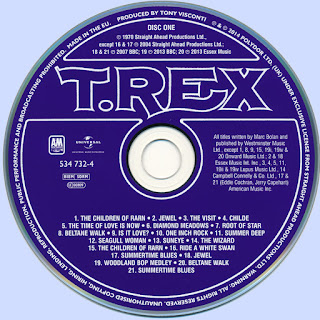 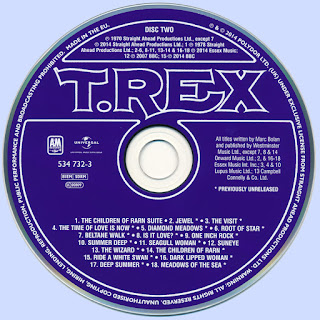