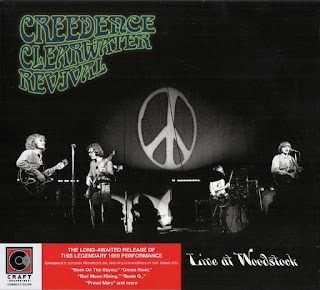 Live at Woodstock includes all 11 songs from CCR's set on Aug. 16, 1969. In addition to band classics like "Green River" and "Proud Mary," the album includes covers of Wilson Pickett's "Ninety-Nine and a Half (Won’t Do)" and Screamin' Jay Hawkins' "I Put a Spell on You."

Creedence were scheduled to perform on Saturday night of the festival, following the Grateful Dead's set. But Woodstock almost immediately lost any hope of following a schedule, so they were pushed back. The Dead's longer-than-expected show sent CCR's appearance back even further, and they didn't end up onstage until after midnight.

They refused to allow their set to appear in the hit 1970 movie or the No. 1 soundtrack. Three songs eventually appeared on 2009's Woodstock 40 Years On: Back to Yasgur's Farm box set: "Green River," "Bad Moon Rising" and "I Put a Spell on You." The upcoming album marks the first time their historic show has been released in full.

Creedence Clearwater Revival had just released the second of the three albums they put out in 1969. Their second LP, Bayou Country, was released in January. Green River came out just a few weeks before their Woodstock performance. Willy and the Poor Boys followed in November.
by Michael Gallucci, June 11, 2019 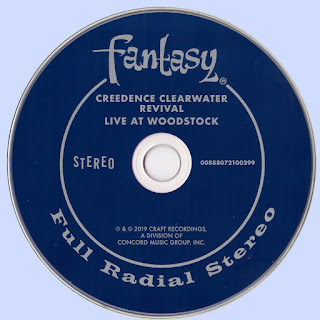