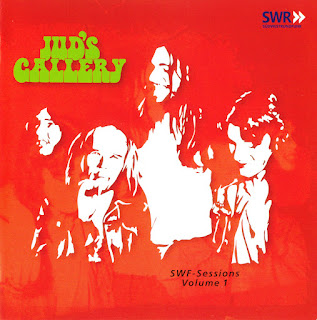 "The legendary SWF (German regional radio from Baden-Baden) radio sessions from 1970–1975 were, for a long time, considered lost. Now after extensive searching through the archives they have been recovered and remastered to their original glory. These tapes are a "must" for Progressive Music and Krautrock fans. Originally the sessions were broadcast as part of an SWF talent search for up and coming bands organised by Walther Krause. The bands were invited into the studio and the results were broadcast.... Unmissable for Prog and Krautrock fans. Some of the "unknown" bands that took part in the sessions were Kraan, My Solid Ground and Curly Curve. Other less known bands became their first chance to play in a "real" studio and prove that they were as good, if not even better, than their contemporaries. These long lost tapes form the basis for a new series for Long Hair and will also reflect SWF's pioneer work with young unsigned bands over this period. Volume 1 presents the band Jud's Gallery from Offenburg (South-West Germany).
Jud's Gallery recorded 9 songs over two SWF sessions (28.07.1972 an 29.03.1974). These songs have been digitally remastered from the original tapes to perfect studio quality. Jud's Gallery were formed in 1971 by Jürgen "Judy" Winter. The only other founding member at the sessions was Peter Oehler who had been playing with Judy in other guises before. These two enthusiatic perfectionists were accompanied for the first session by Hannes Gremminger, Herbert Brandmeyer and singer Elly Lapp who left the band shortly afterwards. SWF presenter Hans-Jürgen Kiebenstein was instrumental in inviting the band to Studio U 1 in Baden-Baden for a session without any overdubbing or re-recording, no easy task for a band who's average age was at the time a mere 21.... At a festival in southern Germany the band was approached by Roland Schaeffer (Fashion Pink, Brainstorm, Guru Guru) who was working as a producer for SWF at the time. He invited the band for their second SWF session.
The band recorded 4 songs, including the 12 minute version of Nordrach, with the line-up of Jürgen "Judy" Winter, Peter Oehler, Clem Winterhalter and Sibi Siebert. After this session it was only a question of time before Jud's Gallery released an LP. Contacts to Achim Reichel's label "Gorilla Music" were made and shortly before they went into a studio the band broke up due to economic hardship and musical differences. Despite this and thanks to the excellent radio sessions we can relive a fantastic time of enthusiasm and hope from this brilliant band that deserved more at the time."
by Manfred Steinheuer, March 2000 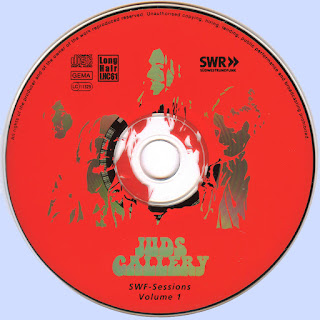