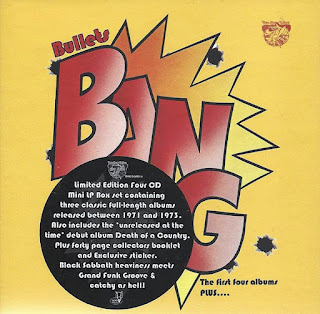 Getting their first significant break, by gate crashing a Small Faces show in Orlando in 1971, Philadelphia-born Bang are often cited as being the closest band America had to Black Sabbath in the early 70’s, though there is much more to Bang than being mere copyists. This can finally be witnessed here on this deluxe re-mastered CD set, which encapsulates all of the bands recorded output from their ‘Capitol Records Period’, which spanned from 1971-1974.

Also included in here is the previously unreleased, debut album ‘Death of a Country’, which was initially rejected by Capitol, as being a ‘heavy concept album’ they thought no one would understand.

Highly regarded as a cult act by many for years, it’s now time for this truly amazing rock band to be enjoyed by a new audience. As can be heard over this four CD set, the versatility and songwriting skills of Bang were second to none. Starting with the darkly psychedelic prog-tinged vibes of their aforementioned unreleased debut, they soon became major contenders in the hard rock stakes with the release of their debut self-titled album in 1971, which has since gone to be considered an important forerunner to the early Doom Metal genre.

This was followed by the monumental ‘Mother/Bow To The King‘ album in 1972 which, quite frankly, should have exploded. Changes in personnel at their record company offices and an externally forced line-up change led to frustration and bewilderment, before releasing their swansong 1973 album Music. It is on this album that we see a mature songwriting partnership moving away from the all out heaviness of their earlier work, into reflective, yet uplifting almost Powerpop mode.

Also included here are the so-called ‘lost singles‘, which were the last attempts at commercial success, prior to the band folding for many years, before reforming in the early 90’s. There is a point to be made that these three tracks are some of the best material the band ever wrote, with ‘Slow Down‘ being a return to the heavier times with a main riff to die for, whilst ‘Make Me Pretty‘ is a fantastic powerpop ballad ahead of it’s time. 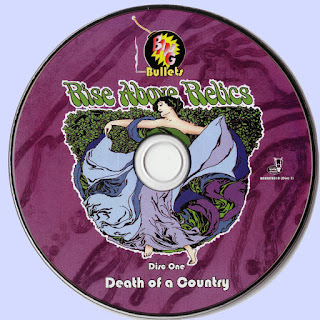 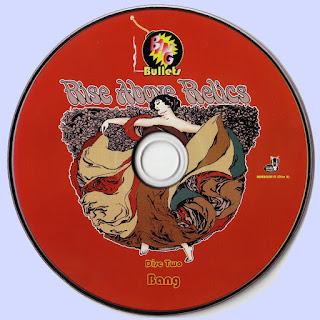 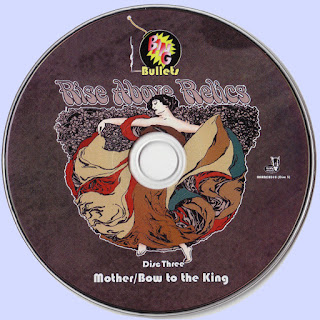 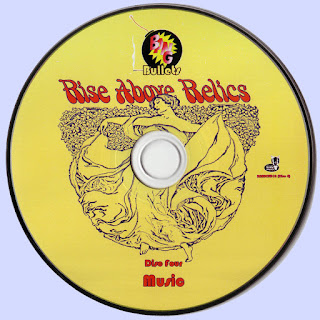