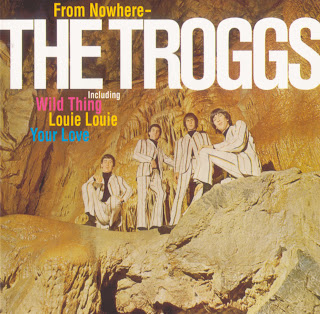 The Troggs were one of the great singles artists of the 1960s with a string of classics that started with Wild Thing. They never really achieved the same level of success with their albums. This debut From Nowhere was their most successful long player reaching number 6 in the UK and remaining on the chart for sixteen weeks. It contains some of the early singles and b-sides as well as additional tracks. However, this CD has a different running order to the original UK release and is more similar to the German release. However, the Kitty Cat Song, Ride You Pony and Evil were all found on the UK and not the German releases.

Chip Taylor's Wild Thing was the Troggs' breakthrough. One of the most recognisable riffs in music it prompted a cover by Jimi Hendrix. Surely this is track is unique with its ocarina solo. The band's first single Lost Girl and its b-side The Yella in Me are included. Lost Girl was originally released on the CBS label before Larry Page gained the band a two-single Fontana deal. Listening to this track now it is hard to imagine why it was not a hit as it is certainly one of the most powerful with a driving bass riff and crazy guitar solo.

The driving drums and bass of I Just Sing make it one of the album's best tracks. It stands out from the known singles and shows the Troggs could stand outside the pop market and produce more unusual or innovative tracks. The Jaguar and the Thunderbird is sung by drummer Ronnie Bond. Guitarist Chris Britton delivers the vocals on the standard Ride Your Pony.

Your Love is reminiscent of the Kinks' All Day and All of the Night. Its chopping guitar chords pushing the song forwards.

A cover of the Kingmen's Louie Louie is perfectly suited to the Troggs' style. Ironically, the riff from Louie Louie translated well into Wild Thing!

One of the benefits of reissuing the album on CD is that it provides an opportunity to include additional tracks that were not on the original album such as non-album singles and b-sides like I Want You. With a Girl Like You was the follow-up to Wild Thing and the Troggs' only number one hit in the UK although Wild Thing hit the top spot in the US at the same time.

This was almost an afterthought, having been recorded in a few minutes at the end of the session that produced Wild Thing. The song introduces the classic Troggs backing vocals that later reappeared on the superb I Can't Control Myself. The latter track was also a big hit for the band and was released on Larry Page's Page One label. This song was banned in Australia and was close to being banned by the BBC because of its second line "your slacks are low and your hips are showing." The Troggs had become at producing raunchy songs, Wild Thing possibly an example, but Gonna Make You and the later Give It To Me proved the point.
Making-Time 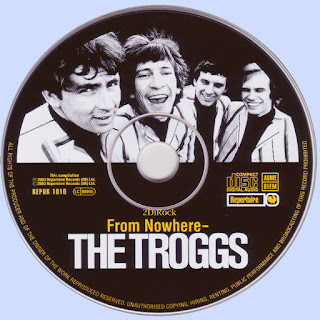