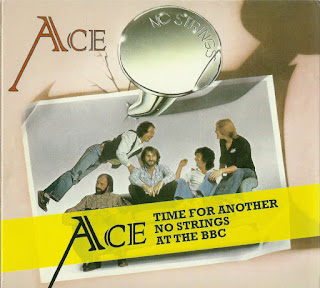 Ace were one of the few pub rock groups to enjoy success on the pop charts, largely due to the warm, soulful vocals of Paul Carrack. While Carrack's voice certainly had crossover appeal -- as he would later prove with his own records, as well as his work with Squeeze and Roxy Music -- the band was also less devoted to the three-chord boogie and country-rock that marked most pub rock bands, favoring soulful R&B. And while they did have hits, their time in the spotlight was brief, and they fell apart shortly after Carrack left for a solo career.
Phil Harris (guitar) and Alan "Bam" King (guitar, vocal) formed Ace in 1972, recruiting Paul Carrack (keyboards, vocals), Terry "Tex" Comer (bass), and Steve Witherington (drums) over the course of the next year. Before the group began recording, they went through several drummers -- Witherington was replaced by Chico Greenwood, who was later replaced by Fran Byrne in 1974. After developing a small but dedicated following on the pub rock circuit, Ace signed with Anchor Records and recorded Five-a-Side. "How Long" -- a song about Comer leaving the band briefly to play with the Sutherland Brothers and Quiver, and his subsequent return -- was released as the first single. Most listeners interpreted the song as an ode to a crumbling love affair, and it became a fluke hit in both the U.K. and the U.S. Ace released Time for Another in 1975, but it was generally ignored, especially since the popularity of pub rock was declining rapidly.
There’s a knowing shrug to the title of Time for Another, Ace’s second album, an admission that this is just another round, not dissimilar to another pint of bitter served up halfway into a leisurely evening at the pub. Despite several shared traits, Time for Another is distinctly different than the casually funky Five-A-Side, extending the cool, soft groove of “How Long” throughout an entire LP. There’s a bit of boogie and twang, apparent in the relaxed shuffle of “I’m a Man,” the muted rocking of “You Can’t Lose,” and the lazy blues of “Ain’t Gonna Stand for This No More.” By and large, though, Time for Another is a very easy-rolling affair -- too easy, in fact, sounding too comfortable in its hazy surroundings, sometimes slipping into the sleepiness a third or fourth beer can lend.
If Time for Another was a tad bit subdued, Ace’s 1977 follow-up remedies that problem by giving the pub rock a big, splashy production suited for the crossover audience “How Long” gave them three years prior. It was a case of too much too late -- Ace lost whatever chart momentum they had and the times were beginning to shift, with many of their pub rock peers gravitating toward punk. Ace took the opposite approach: they retooled themselves as a soft rock outfit with a distinctly Southern California bent. No Strings is music made with the charts in mind but it’s livelier and more varied than Time for Another, capitalizing on Paul Carrack’s soulful voice. Carrack is now front and center, so ably navigating the turns from bouncy pop to bright boogie to gossamer ballads that it’s no wonder No Strings sounds in retrospect like a blueprint for his subsequent solo career. Nevertheless, No Strings is firmly a band album, gaining strength from Ace’s group interplay, John Woodhead seamlessly filling the departed Phil Harris’ shoes, but the production is so slick that it glosses over any potential rifts. And that smooth production is a big reason why No Strings is a strong record: it may not have been a hit, but with its soulful shine and easy melodies, it captures ‘70s major-label soft rock at a peak.
by Stephen Thomas Erlewine 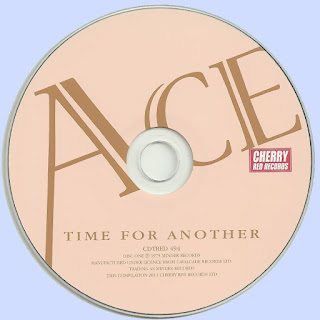 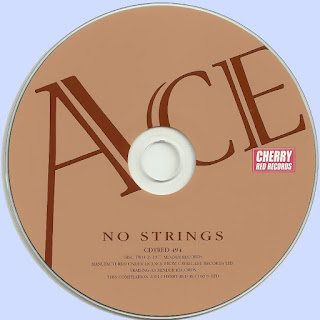 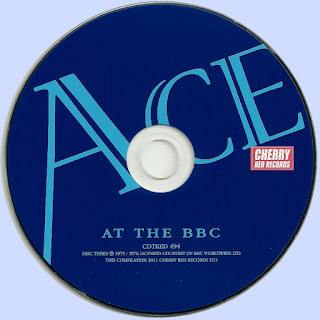