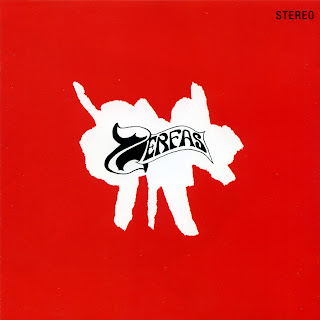 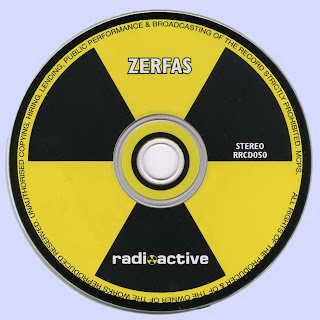 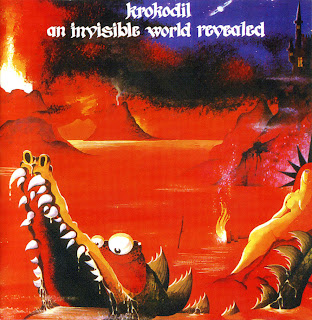 The perfect album reminiscent to, Twenty Sixty Six & Then, Pink Floyd and Hawkwind. Huge, juicy, psychedelic sounds, a lot of groovy moves of guitars, solid rhythm section and the addition of even a sitar! And for the record, this is Swiss band.

If you never thought a harmonica could solo on top of a mellotron and sound as cosmic as the best guitar solos from early 70s,of original experiments and sonic juxtapositions prepare to be surprised.

Krokodil were constantly promoted by the labels they signed to as a Krautrock band, yet though they had the spirit of Krautrock in their veins, the truth was that they were Swiss! Naturally, Liberty tried to present them as the Krautrock answer to The Groundhogs.

Well, Krokodil did have blues origins, they really knew how to rock-it and had a flair for the experimental, so they did have the same sort of attitude as The Groundhogs. But, all that aside, Krokodil were innovators in their own right, not at all copyist, except for maybe their John Mayall type roots. Like most Swiss bands, Krokodil were an unlikely combo, mostly of German-Swiss extraction, with one Englishman: Terry Stevens. Early on, the quoted "Swiss Bob Dylan" Hardy Hepp seemed to be in control, his softer folk and blues mix, and Mojo Weideli's harmonica, gave them a more down-to-earth sound.

After Hardy's departure for a solo career, Krokodil really blossomed with the extraordinary AN INVISIBLE WORLD REVEALED, an album that took on all sorts of ethnic and fusion elements, becoming like a hybrid of Amon Düül II, Man and Third Ear Band, all mixed into that unique Krokodil style. Ethnic elements had figured in earlier Krokodil recordings, but not so much as here, where the sitar, tablas and flute are heavily featured. Krokodil had become the finest of Swiss Krautrock bands.

A change of label, to Bacillus, their next album GETTING UP FOR THE MORNING offered a similar blending of rock, blues and ethnic styles, though in a more condensed and song-based concoction. The double album SWEAT & SWIM, though it had a couple of duff tracks, also contained some of their best, not least so the 17 minute cosmic-ethnic trip "Linger" recalling the masterworks of AN INVISIBLE WORLD REVEALED.

On his records combined the blues rock sound of the sitar, harmonica and violin. It is thanks to an interesting instruments they managed to create a somewhat otherworldly, hypnotic oriental atmosphere. Krokodil - An Invisible World Revealed from the first sounds of Lady Of Attraction invite us to your climate lakes. Climate reminds a little of the first Hawkwind album, which has not yet been recorded in space. Acoustic sound, "from afar" vocals and rich instrumentation opens the album perfectly.

One of the most interesting tracks on the album is a fifteen-minute Odyssey In Om. If you like the sound of the first hypnotic CD Santana, George Harrison experimented with sitar or dreamlike flute or saxophone - beginning of the song is for you. After nearly six minutes there is hard rock guitar and harmonica along with the rhythm section and endow us a real departure. One of those brilliant moments when you can listen to the disc fragment without end. In addition, we have a lot of electric guitar and blues-based rock songs (Last Doors, Looking At Time), more or less zakradających towards psychedelic sounds, also feel the harsh climate of Crocodiles recordings krautrock.
by Adamus67 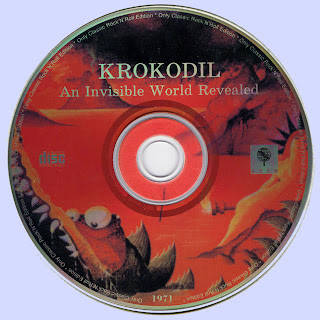 Free Text
Text Host
Posted by Marios at 5:42 AM 8 comments: