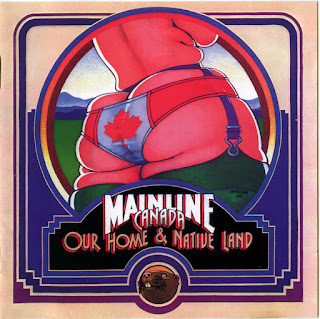 Having played in famed Toronto acts Luke & The Apostles and then, briefly, The Ugly Duckings, guitarist Mike McKenna took out an advertisement asking other like-minded individuals to form a new blues band. Joe Mendelson answered the ad and this team-up provided the basis of Mendelson Mainline in the summer of 1968.

Former Paupers' bassist Denny Gerrard was the next to join and another advertisement brought in new-comer Tony Nolasco from Sudbury.

The band worked its way around Yorkville with Denny Gerrard soon being replaced by former Grant Smith & The Power bassist Mike Harrison in 1968. With bigger profile concert gigs, the band's vibrant live show was committed to tape in September 1968 -- a session that would later come back to haunt the band.

McKenna Mendelson Mainline relocated to England late that year to pursue a record deal. After being signed to Liberty (United Artists) in the Spring of 1969, they worked the same English club circuit as up and coming bands like Fleetwood Mac and Led Zeppelin. In July of 1969 a single day recording session yielded the first Liberty Records album 'Stink'. They returned to Canada to await the release of the new album.

With their reputation as crowd pleasers on tours in England, Holland, and Australia with such acts as Rod Stewart, Jeff Beck, Jimi Hendrix, and The Guess Who preceding them, Paragon Records in Canada anticipated the band would be the 'next big thing' and rush released the September 1968 sessions to the band's chagrin.

Joe Mendelson quit in September of 1969 and Rick James (of Myna Birds fame) replaced him briefly to finish a run of contracted gigs. Mike McKenna effectively took the wind out of the group's sails by reforming a new version of Luke & The Apostles.

After a brief recording stint with Luke And The Apostles, McKenna found himself back with Mendelson, Nolasco and bassist Zeke Sheppard (formerly of Dutch Mason's Escorts) for the 1970 Scarborough Fair Festival.

By 1971 the re-christened Mainline was signed to GRT Records and released 'Canada Our Home & Native Land'.

The band's live shows became more risque and raunchier, defying the staid Canadian R & B clubs up and down the Toronto bar circuit. The result of Mainline's new found infamy was released as the 'The Mainline Bump 'n' Grind Revue: Live At The Victory Theatre' in 1972. One more album, 'No Substitute', was produced before the band collapsed.

Mendelson re-named himself Mendelson Joe and has had a prolific independent recording, writing, and painting career as well as being an outspoken political activist. He currently lives in Muskoka, Ontario; Gerrard went through a series of semi-successful Canadian recording acts such as Jericho and the Lisa Hartt Band; Zeke Sheppard joined former members of Rhinoceros under the new banner Blackstone for one album on GRT Records in 1973.  Ted Purdy is a lawyer in Toronto.

Mike McKenna continued on as a legendary slide guitar player -- including a stint replacing Domenic Troiano in the final days of the original Guess Who line-up. By the '90s he had formed Mike McKenna and Slidewinder with former Mainline bassist Denny Gerrard.

In the Spring of 1998 a Classic Rock Revival festival at The Warehouse club in Toronto found a semi-reformed Mainline hitting the stage for the first time in 25 years. The new Mainline has remained a mainstay of the Toronto Blues scene ever since and now boasts the title of being the final band to play at legendary El Mocambo upstairs on November 4, 2001. The band was recorded that night and an album from this performance was released on Bullseye Records in 2002.
by Tony Nolasco, Mike McKenna, Jim Zeppa, Bill Munson, Mike Harrison, Maxine Mitchell,  GW Watson. 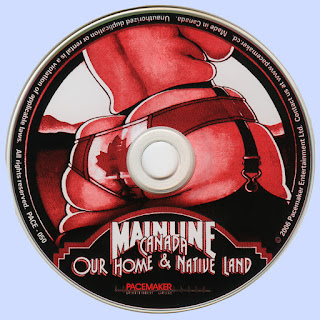 Free Text
the Free Text
Posted by Marios at 9:03 AM 1 comment: