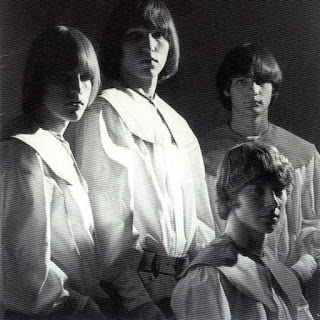 There's apparently a modern-day Christian rock band called The Choir, but they're imposters stealing the name of a legendary legend. Which reminds me - "Backstreet Boy" is slang for "male prostitute." I don't know if the band members are aware of that, but I'm pretty sure that the mothers of every 13-year-old girl in America are going to be pretty upset when they read my review of The Choir and learn this sordid truth.

The original Choir was a one-hit wonder back in the late '60s with the hot pop Nugget "It's Cold Outside." As far as I can tell, they never had a chance to release a full album while the band was still around. However, the fine folks at Sundazed came across a bunch of old demos, outtakes and rehearsals and released it as an 18-song CD! Finally all of us old fellows local 151 behind the firehouse can get a whole big mess of great melodic guitar pop action without having to dig through hundreds and billions of scratchy old 45s in stores like Steve's Overpriced Piece Of Crap Records From The 60s.

See, ever since I was, oh let's say 5 years old, I grew up listening to my Dad's old 45s. GREAT 45s. The best that the 60s had to offer - huge piles of not just Beatles, Stones and Who, but Yardbirds, Nova Local, Count Five, Hombres, Turtles, Monkees, Hogs, Electric Prunes and -- yes -- the Choir. To be honest, it took quite some time for "It's Cold Outside" to grow on me. It's a very catchy uptempo song but was a bit melancholy for my young tastes. I preferred the awesome harmonica-driven "yeah yeah!" b-side "I'm Going Home." You must understand, now hear me, that I never really knew which sides were supposed to be side A and which were supposed to be side B, so I listened to all of them. No matter whether I liked them or hated them. I put them all in particular orders and listened to all of them in that order. And I wouldn't leave my room in the middle of a song. The record had to end before I would leave the room. And I would play with my Legos and pretend that the little men were Paul Revere and the Raiders and I was Mark Lindsay. Yes, some of this was certainly an early warning that a life of OCD was in the works, but it also helped establish a very important rule in my head -- MUSIC IS VERY IMPORTANT TO ME. I know it's just for fun and it shouldn't be taken seriously (lest one turn into Robert Fripp), but I ALWAYS loved to have music playing, and still do. I like music. It provides one of my five senses with very powerful stimulation.

So as a child of the sixties through my father's old 45s, Choir Practice came as kind of a disappointment. It's not that the band was a talentless one-hit wonder; that's not the case at all. There are lots of gorgeous 60s-style guitar pop songs on here, as good as anything by the Beau Brummels and even up to Byrds and Beatles standards at points -- however, the singer guy had quite a bit of trouble on a good quarter of these releases, warbling way out of tune in a mix that puts him in the front of a huge, huge room at the back of which plays the band very quietly so as not to disturb the cat.

Don't let this complaint dissuade you from take a spin the CD if you're a big fan of 60s garage rock/pop though. It's not just a hit single and a bunch of covers or generic filler. Songs like "I'd Rather You Leave Me," "When You Were With Me" and "I Only Did It 'Cause I Felt So Lonely" show the Choir to be a band of gifted melody craftsmen and awesome harmony vocalists, and the late-period stuff from '69 is really cool organ-heavy dark Iron Butterfly-type vibeage. When you consider that these are mere demos and STILL sound pretty darned impressive, it serves as just yet further pity that this band never got the chance to create a full-length album of their own.

As opposed to the Eagles - a thought that makes the whole situation just that much more depressing and tragic.
by Mark Pindle 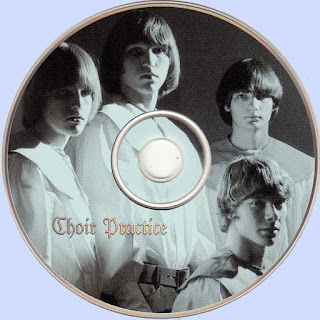 Free Text
the Free Text
Posted by Marios at 10:27 AM 3 comments: