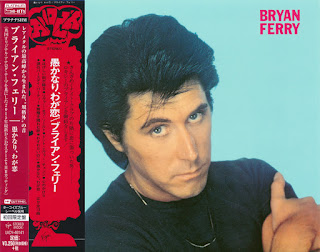 Much like his contemporary David Bowie, Ferry consolidated his glam-era success with a covers album, his first full solo effort even while Roxy Music was still going full steam. Whereas Bowie on Pin-Ups focused on British beat and psych treasures, Ferry for the most part looked to America, touching on everything from Motown to the early jazz standard that gave the collection its name. Just about everyone in Roxy Music at the time helped out on the album -- notable exceptions being Andy Mackay and Brian Eno. The outrageous take on Bob Dylan's "A Hard Rain's A-Gonna Fall," with Ferry vamping over brassy female vocals, sets the tone for things from the start.
All this said, many of the covers aim for an elegant late-night feeling not far off from the well-sculpted Ferry persona of the '80s and beyond, though perhaps a touch less bloodless and moody in comparison. In terms of sheer selection alone, meanwhile, Ferry's taste is downright impeccable. There's Leiber & Stoller via Elvis' "Baby I Don't Care," Lesley Gore's "It's My Party" (with narrative gender unchanged!), Smokey Robinson and the Miracles' "The Tracks of My Tears," and more, all treated with affection without undue reverence, a great combination. Ferry's U.K. background isn't entirely ignored, though, thanks to two of the album's best efforts -- the Beatles' "You Won't See Me" and the Stones' "Sympathy for the Devil." Throughout Ferry's instantly recognizable croon carries everything to a tee, and the overall mood is playful and celebratory. Wrapping up with a grand take on "These Foolish Things" itself, this album is one of the best of its kind by any artist.
by Ned Raggett 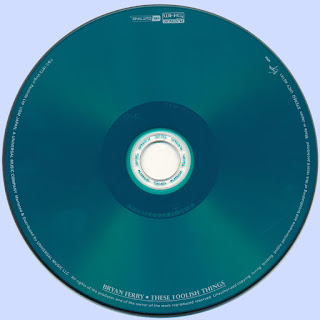