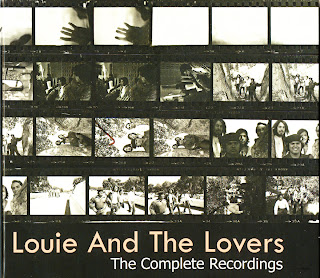 In 1970, I worked at Rolling Stone magazine and got to know Doug Sahm, the eccentric Texas rocker and leader of the Sir Douglas Quintet. He was living in Marin County, Calif., but was uneasy living in what he considered the big city. One day, he vanished, and I was told he'd gone to Vancouver. But it wasn't true: He called me out of the blue and told me he'd discovered a great band out where he was living now: Prunedale. This turned out to be about five miles north of Salinas, smack in the middle of what was then violence-ridden agricultural country, where Cesar Chavez was organizing the farmworkers and meeting resistance from the big growers.

Doug wasn't telling the strict truth. In fact, it had been his wife Violet who'd discovered Country Fresh, as its members were calling themselves, a band that had formed in high school around Louie Ortega's songwriting talents, Frank Paredes' guitar, Steve Vargas' bass and Albert Parr's drums. Vargas knew someone who knew Violet Sahm, and so she got a copy of a tape the band had made to help it get gigs. After one listen, she knew she had to get Doug to listen to it, which wasn't easy. Once he did, though, he flipped, and started agitating to get them a deal. Epic Records took the bait, and Doug told the band that he'd rechristened them Louie and the Lovers in the course of contract negotiations. He hustled them up to Columbus Studios in San Francisco, where he was also recording the Sir Douglas Quintet, and he produced a mammoth 18-hour session that resulted in Louie and the Lovers' first album, Rise.

Doug saw to it that Epic didn't release the album until the four boys graduated from high school, but then nothing happened. Two singles, "Rise" and "I Know That You Know," were released, and the latter was praised by Greil Marcus in Rolling Stone. There was no tour, but I saw the band play at Keystone Berkeley one night, and it was a magnificent show until Doug decided he could make it even better by jumping onstage, plugging in and turning up to 11, drowning out the band.

But Epic believed in the guys enough to fund another album, which Glen Kolotkin co-produced with the band. A single, "Tomorrow Just Might Change," has survived from this, and it's pretty good.

Two other tracks, "Little Georgie Baker" and "Tomorrow Just Might Change," show that Louie Perez was still writing memorable melodies. Doug had disappeared back to Texas, but since Louie and the Lovers were a big deal in and around Salinas, they worked a lot.

Then the legendary producer and co-owner of Atlantic Records, Jerry Wexler, came on the scene. He was crazy about Doug and signed him to Atlantic, and Doug raved about this band he knew in Prunedale. Wexler sent his private jet to fly them to Florida to record — the first time any of them had flown — and when they got there, they found not only Doug, but the Memphis Horns and another friend of Doug's, the legendary San Antonio accordionist Flaco Jimenez on his first trip out of Texas.

To my ears, the song "Ya No Llores" was about the best thing on the session. The rock stuff sounds crowded, what with all the talent in the room, and even though the vocals for the entire album were re-recorded in Hollywood, Atlantic shelved it after spending tons of money on it. Back in Prunedale, two of the guys left for day jobs, and Louie Perez and Frank Paredes soldiered on playing around Salinas and making a living at it.

One day in the early '80s, Perez found himself at a Doug Sahm show at the Whiskey a Go-Go in Los Angeles, and Doug called him on stage to sing "I Know That You Know." Shortly thereafter, Perez got a call from Doug asking if he could go on tour. The next day, he was on a plane to the Midwest. From then until Doug died in 1999, Louie Perez played, not only in the various versions of the Sir Douglas Quintet, but later in the Texas Tornados, the supergroup Doug formed with keyboardist Augie Meyers, Freddie Fender and Flaco Jimenez. He's still writing and recording songs, living in San Luis Obispo. As he told me a few years ago, he can work seven days a week if he wants to. Cesar Rojas of Los Lobos is a fan. Me, too.
by Ed Ward 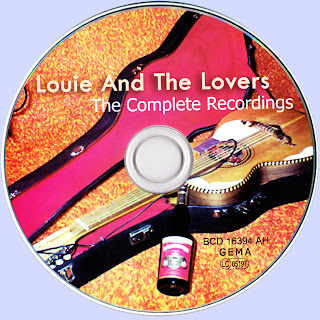