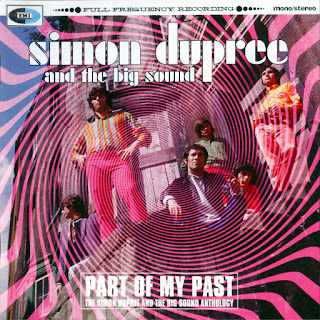 This is an amazing reissue, three times over -- for psychedelic music buffs, British R&B and soul enthusiasts, and fans of the progressive rock band Gentle Giant (which evolved out of Simon Dupree & the Big Sound). And it's also incredibly long overdue. Best-known for their Oriental ersatz pop-psychedelic classic "Kites," Simon Dupree & the Big Sound actually started out as a blues and R&B-based outfit, not too different from the Spencer Davis Group. This double-CD set covers their complete EMI output, most of which has never been reissued, and almost all of which is very impressive (and even manages to intersect obliquely with Apple Records' orbit).

The group's early soul-oriented sides are killers, exciting, totally convincing pieces of British-made R&B that, in the case of "Love" and "Medley: 60 Minutes of Your Love/A Lot of Love," should have placed them head-to-head with the likes of Steve Winwood and the Spencer Davis Group. Even when they move into a slightly trippier sound, on "There's a Little Picture Playhouse," the group still utilizes a basic soul backing. And "Kites," coming along in the middle of the first disc, is such a radical departure from everything before it, that it's astonishing to hear in this context, even knowing the song well -- the rest of the CD is made up of trippy psychedelic ballads with Mellotron accompaniment, often with punchy acoustic rhythm guitars. It's all very pretty and inventive in a pop context, and rivals or surpasses the psychedelic sides of Rainbow Ffolly and most other EMI artists of the era this side of the Beatles and maybe the Move.

The highlight of the group's post-"Kites" output was the single "Part of My Past," which was recorded during sessions for what was to have been their second album, Once More Unto the Breach, Dear Friend. That entire unreleased album is here, as the first 16 tracks on Disc Two, and they are a wonder -- the best parts include a gorgeous pop-psych ballad called "What in This World" that doesn't even have a songwriting credit; "Wha Cha Gonna Do," with its "Strawberry Fields Forever" opening and impassioned vocals; the almost-lewd "Don't Make It So Hard (On Me Baby)," with a vocal that was a holdover from the group's soul era; the bouncy, vaguely Bee Gees-like "Kindness"; and the trippy, spacey "Castle in the Sky," one of the finest pieces of psychedelic pop/rock ever to come out of EMI (or, more properly, never to come out from EMI -- until now).

The latter should have been another "King Midas in Reverse," but thanks to the failure of "Part of My Past," the whole LP was shelved. The rest of the second disc is comprised of a short string of disappointing pop/rock singles -- vaguely reminiscent of the late-'60s Hollies -- imposed upon the group by their management, concluding with their extrovert rendition of the James Taylor-authored "Something in the Way She Moves Me," backed with a progressive-sounding, organ-heavy B-side, "I'm Going Home," authored by Reginald Dwight in the period before he became Elton John. This is followed by the complete contents of the group's only released LP, Without Reservations, which repeats the same R&B-era singles and B-sides (i.e., their pre-"Kites" work) from Disc One, only in their punchier mono mixes. The remastering is impeccable, the packaging beautifully illustrated with period photos of the band, and thorough annotation by David Wells.
by Bruce Eder 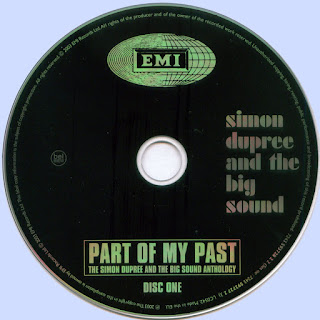 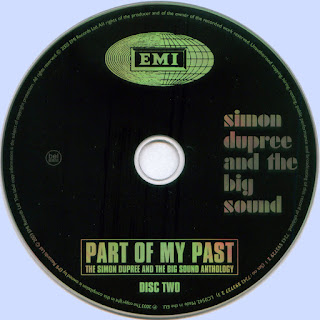